Celebrating Life, Even in Death

Rocio Chavez Marquez has been making catrinas figures her whole life, she has built a business from it, employing over a dozen people and being one of the premier shops in Guadalajara to find the revered figurines.

Day of the Dead or Día de Muertos is a holiday that can be traced back roughly 3000 years ago to the Aztec people who lived in what we now know as central Mexico. While some cultures mourn their dead, the Aztecs viewed death as a natural part of life that should be honoured and celebrated. Over time, this celebration morphed into what we’re familiar with today. Altars are built in homes that contain offerings to their loved ones souls. Some possible offerings are chiles, water, tequila, pan de muerto – specific bread made for this occasion. Letters, poems and jokes are told about the dead in order to help keep their memories alive in their minds and hearts. Flowers with strong scents are also laid out to help guide the souls home. 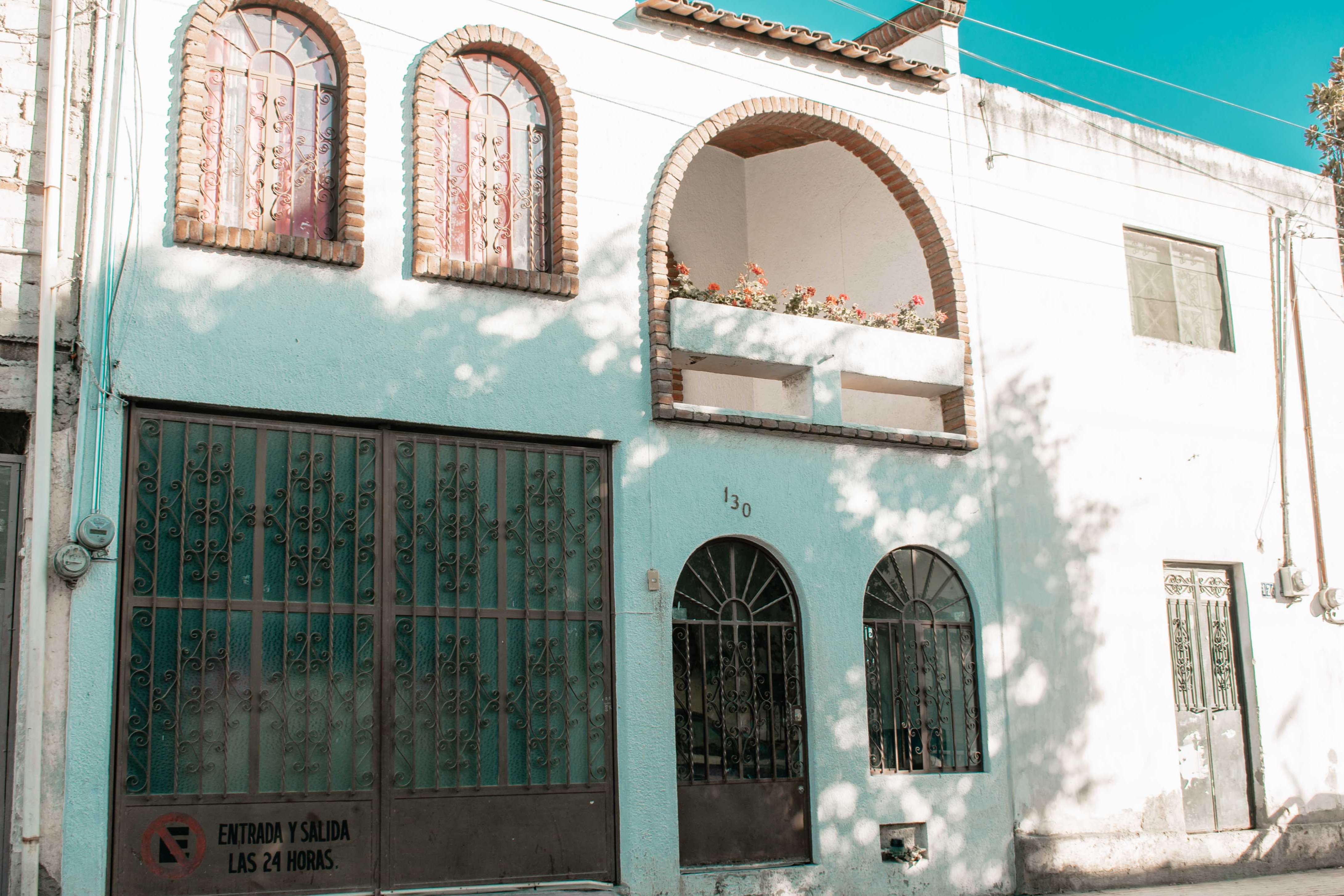 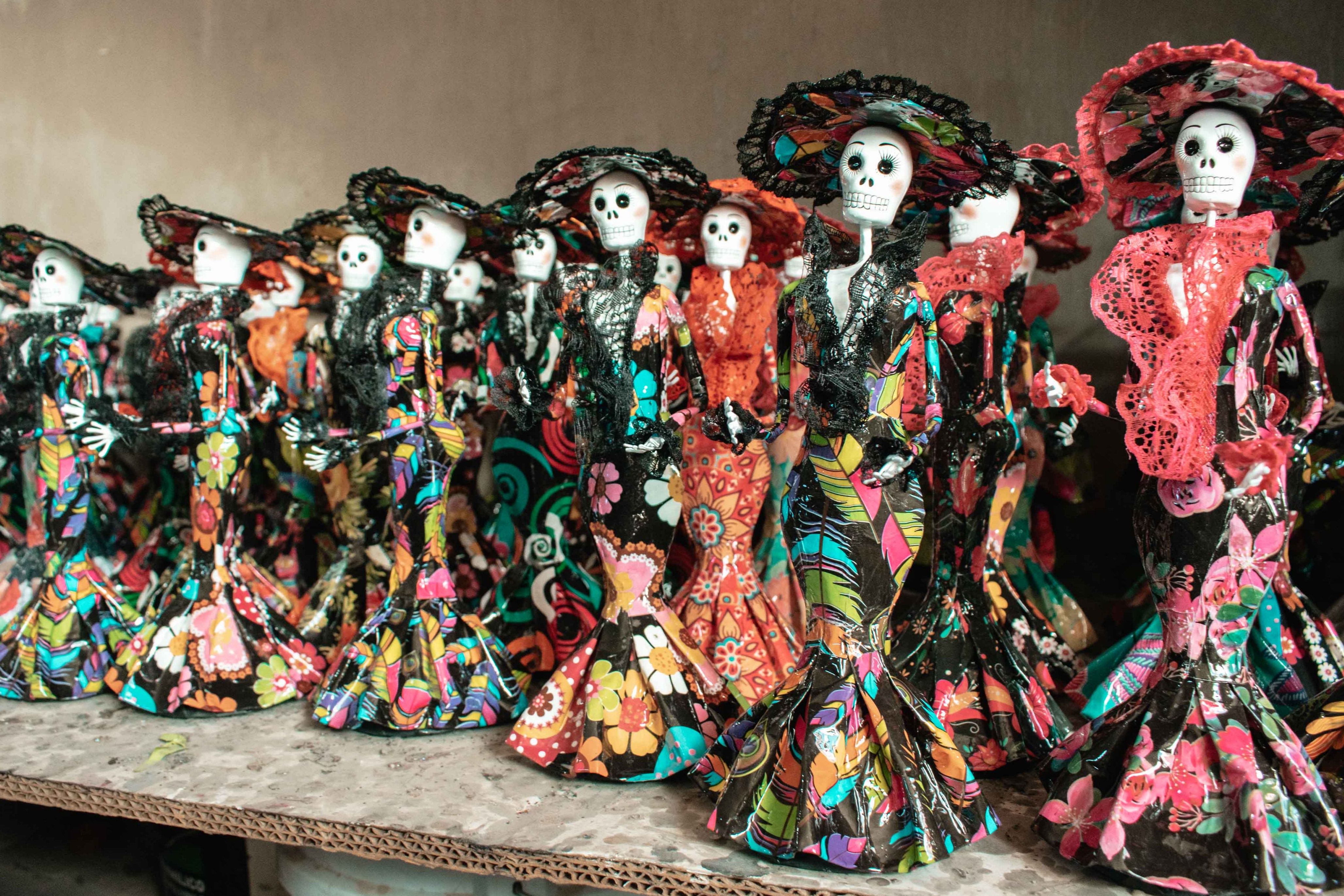 One of the most recognizable symbols of the Day of the Dead celebrations is a tall female skeleton wearing a fancy hat with feathers. Known as La Catrina, this was originally a zinc etching done by José Guadalupe Posada. It’s a reminder to enjoy life and embrace mortality.

The Bazaar has a few different Day of the Dead themed pieces including art work, sugar skulls and papier-mâché catrinas. Those catrinas are from a shop in Tonalá, Mexico called Doña Muerte or Lady Death.

The owner, Rocio Chavez Marquez, started making papier-mâché oldies when she was 18 years old. “I began to learn and work with my parents, and after spending several years working on the manufacture of papier-mâché oldies, it took me a little over a year to develop my own technique and start making the catrinas.” 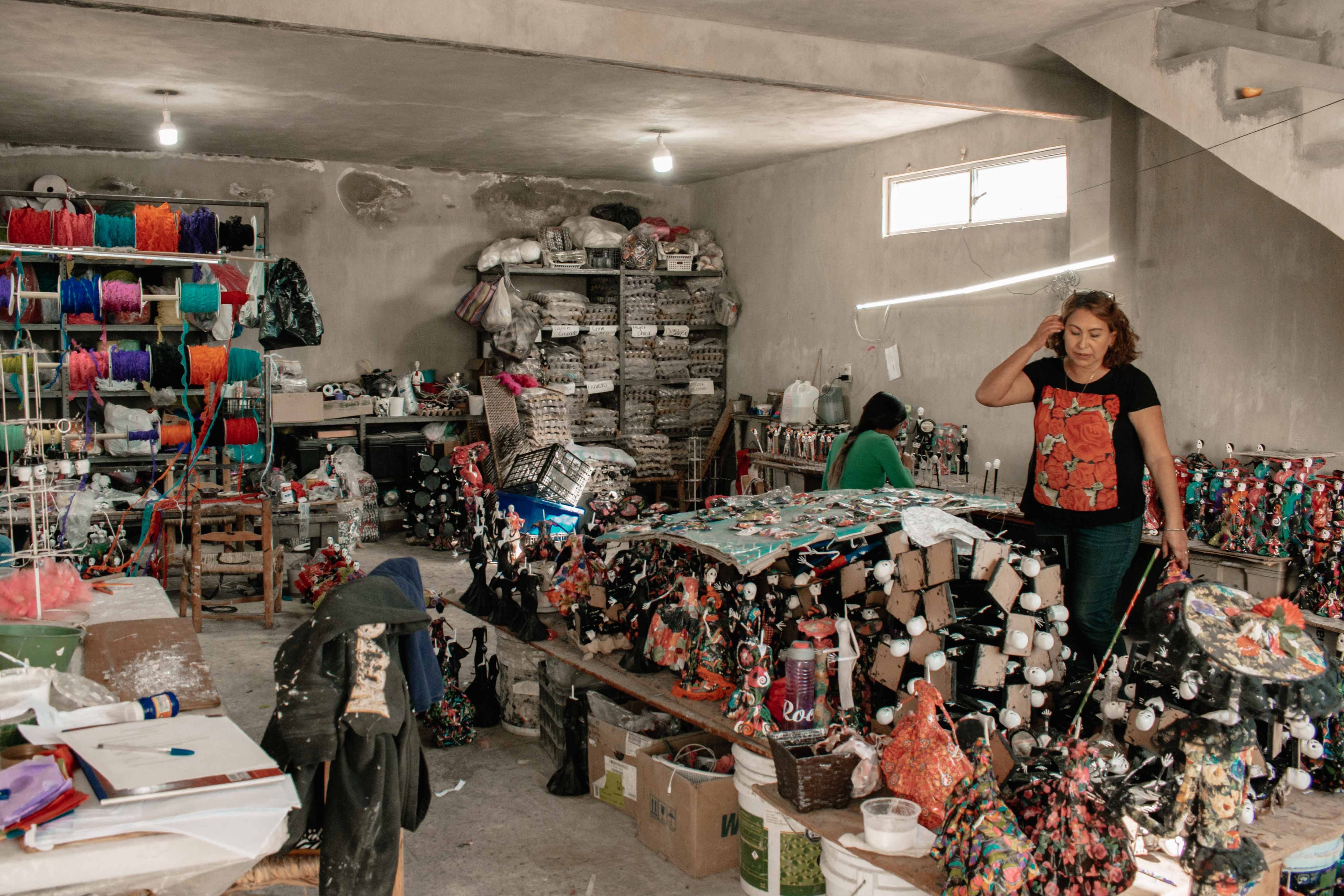 Once she has the formula down, she was confident enough to start making her own designs and work together with other people. But Rocio said she had no idea that her business would take off like it did. 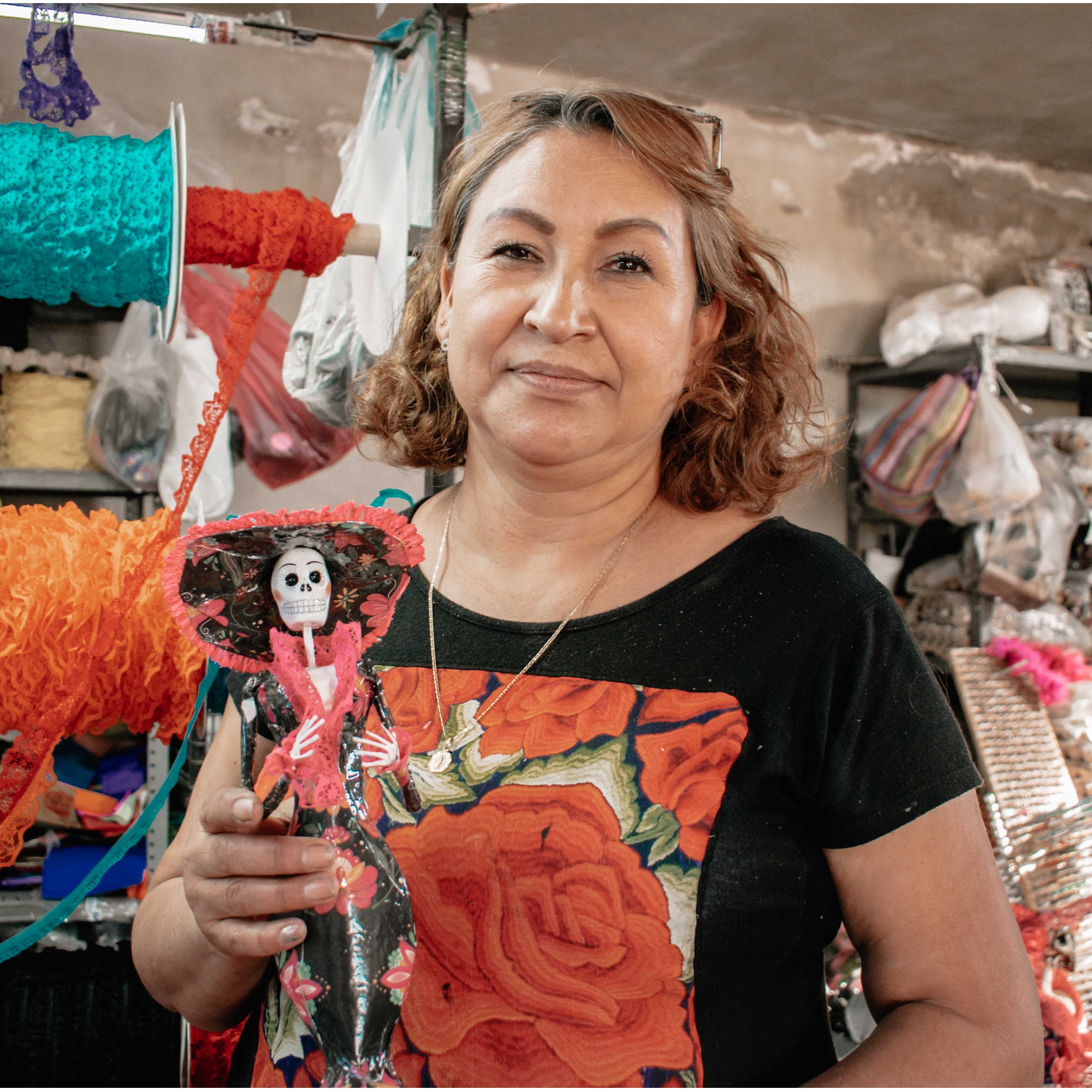 Looking at the work Rocio does, it’s easy to see the time and care that’s put into each piece. “I put all my effort into them. Each piece carries its own essence, and most fundamentally, the conscience of each of us who work in the workshop.”

Rocio’s favourite products are also the ones that are sold the most: the dancer, the widow and the Frida. So how are these made? Well, the materials are mostly purchased in Guadalajara. That includes the lace, Styrofoam balls, paper, the molds, paste for the head and wood. 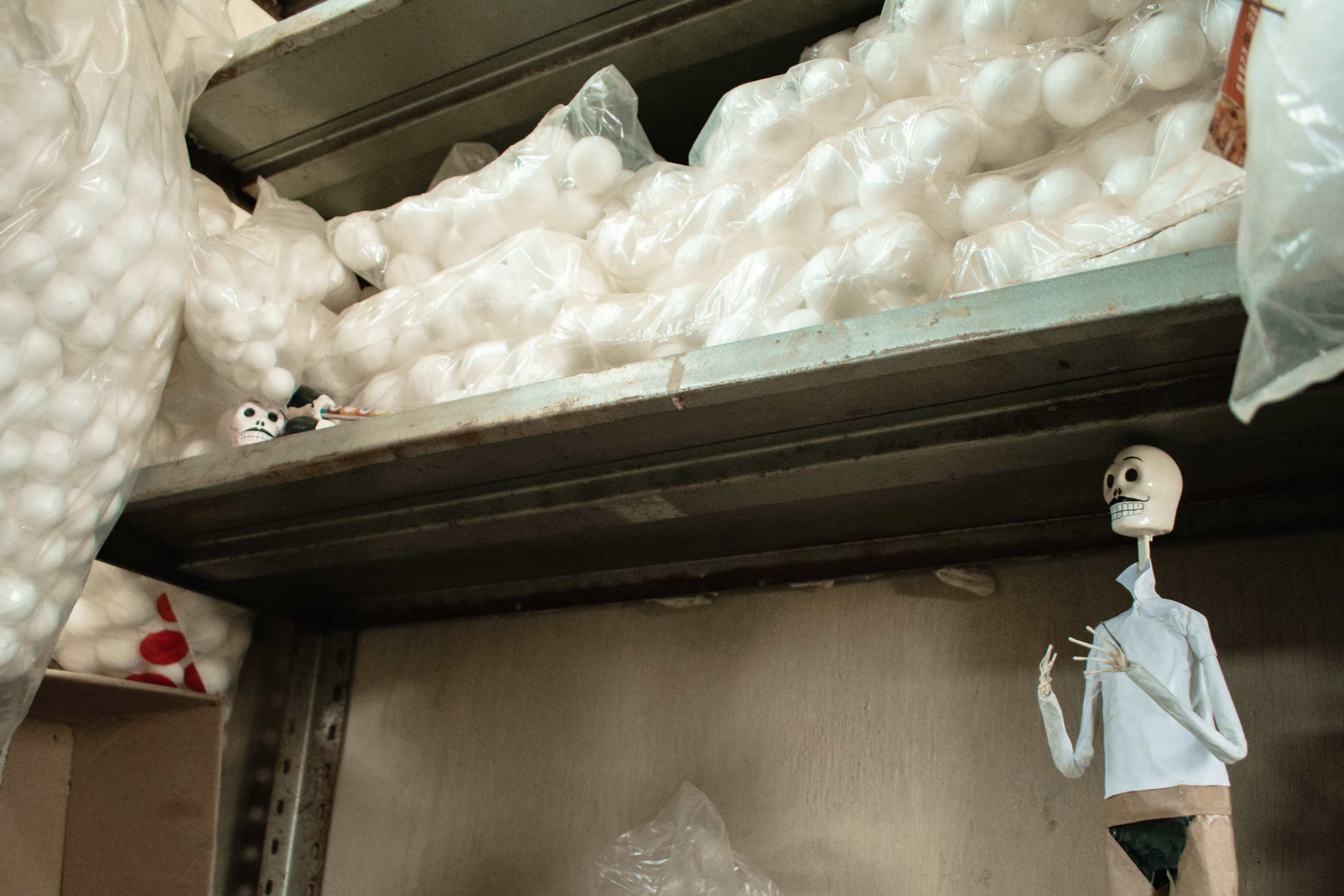 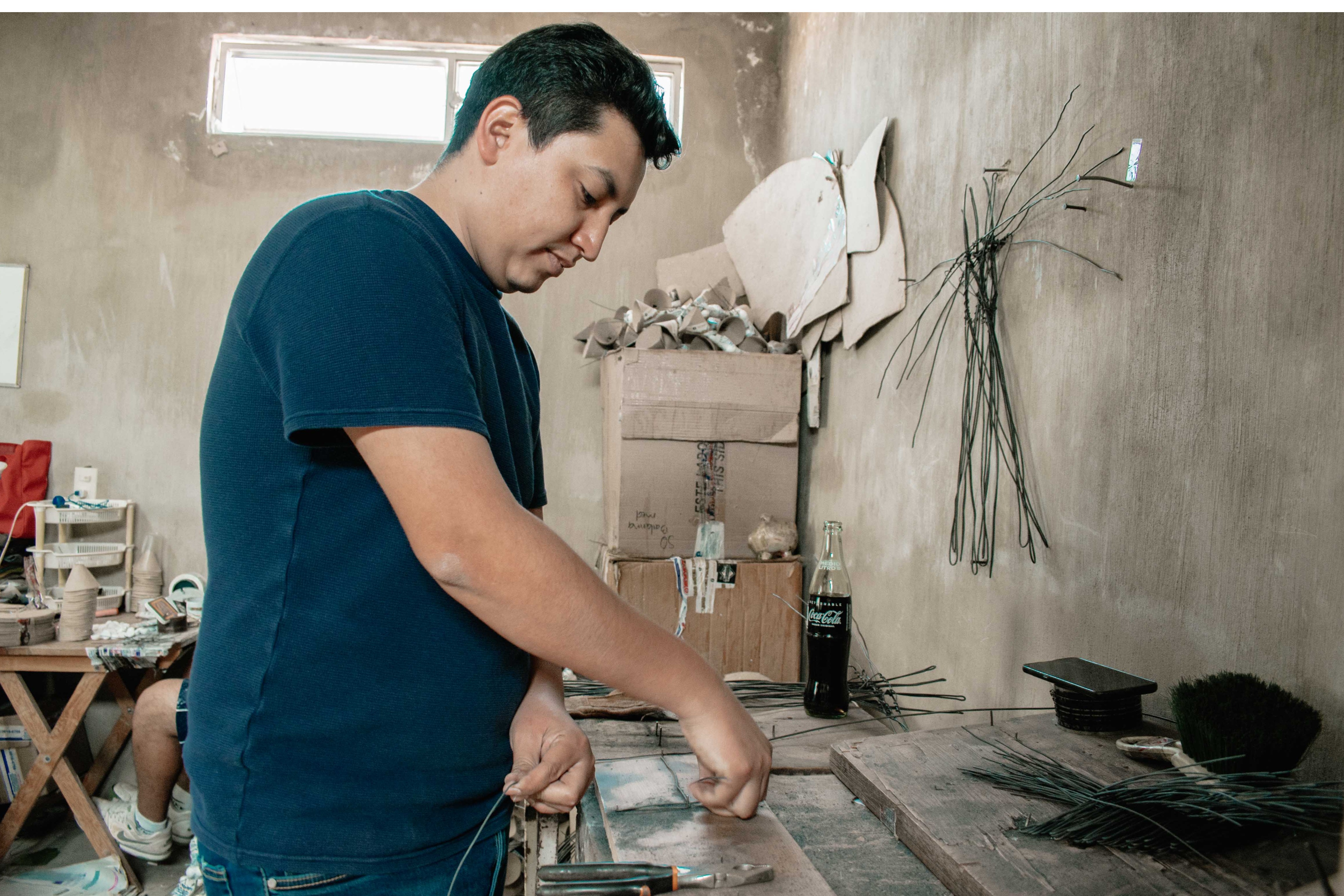 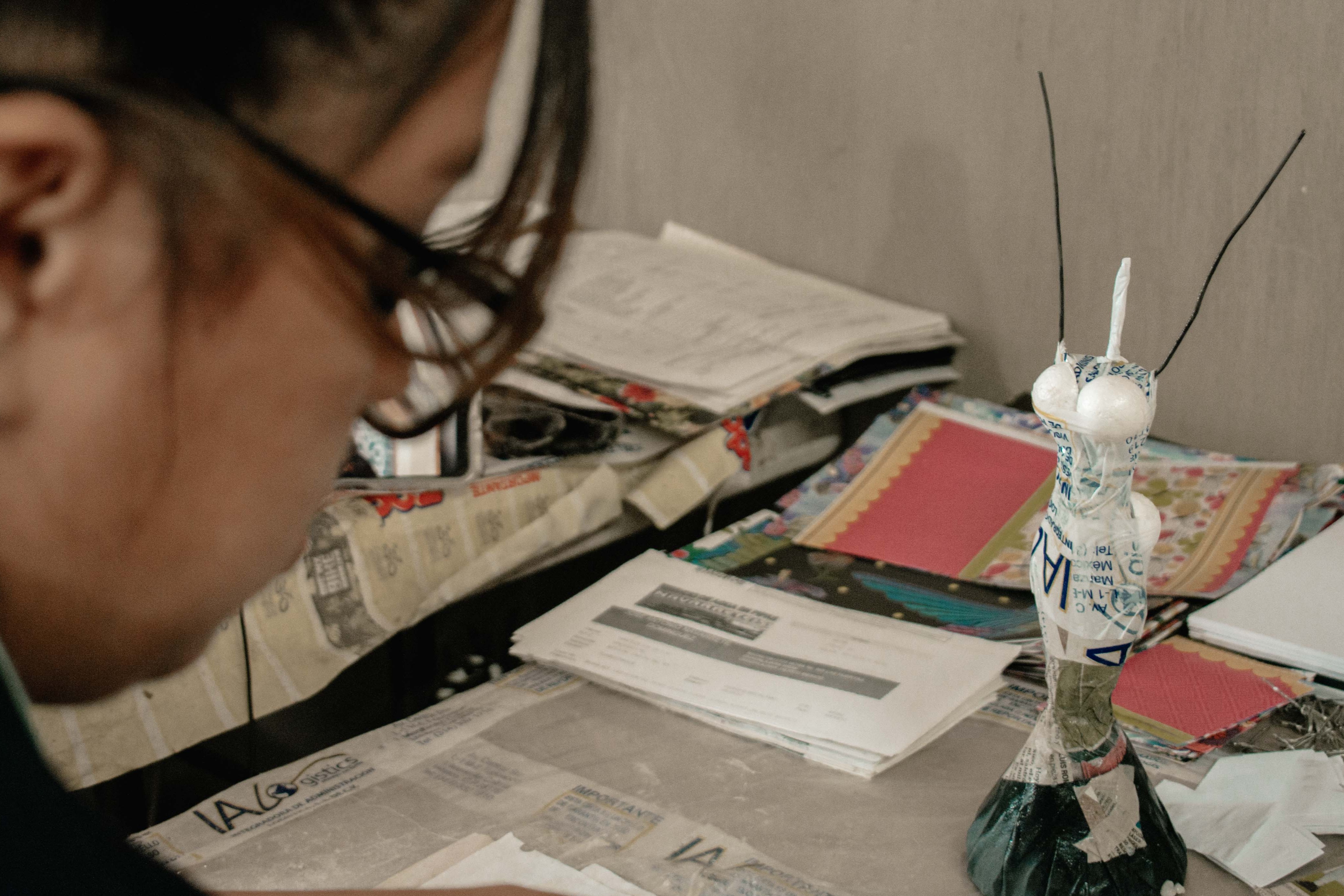 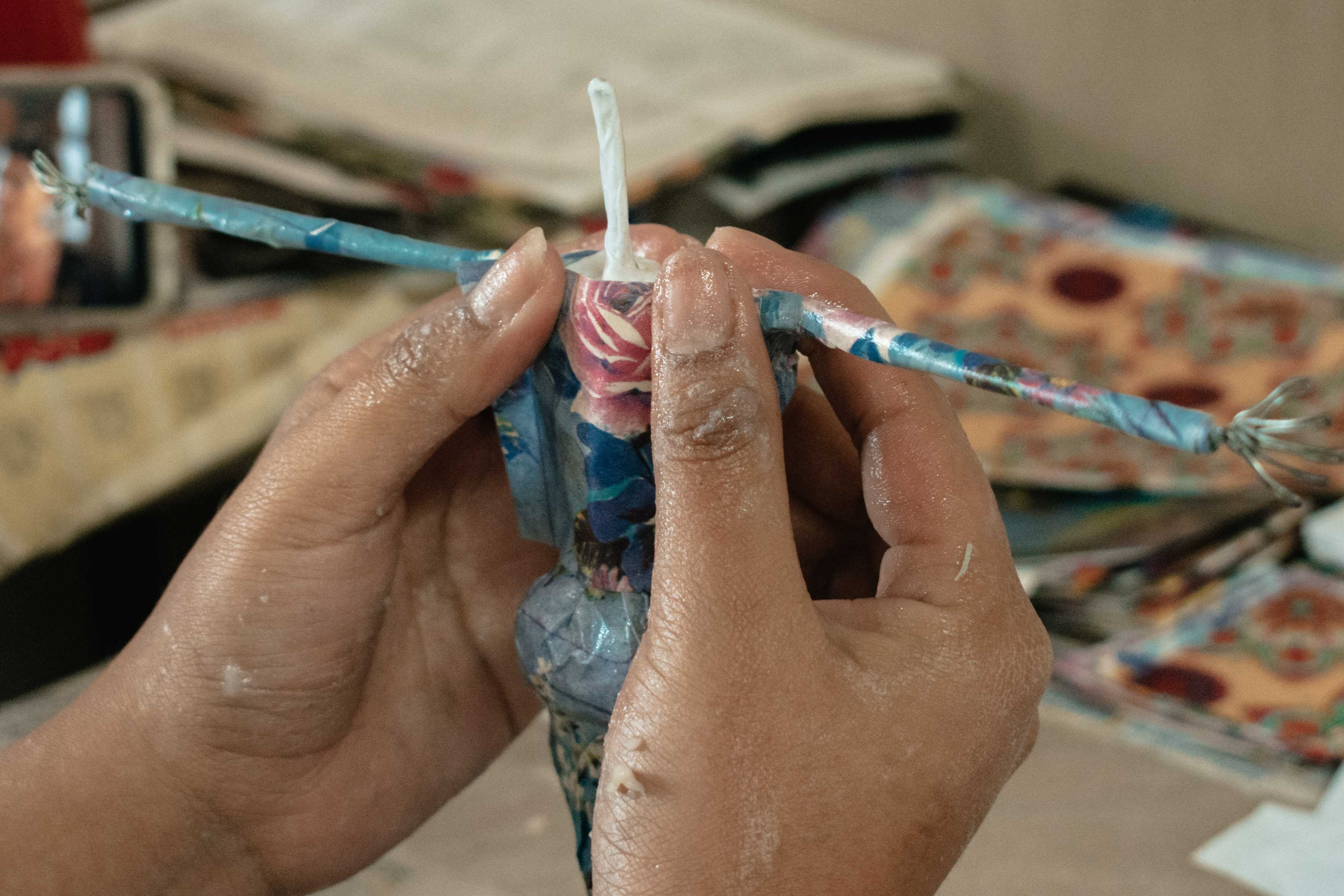 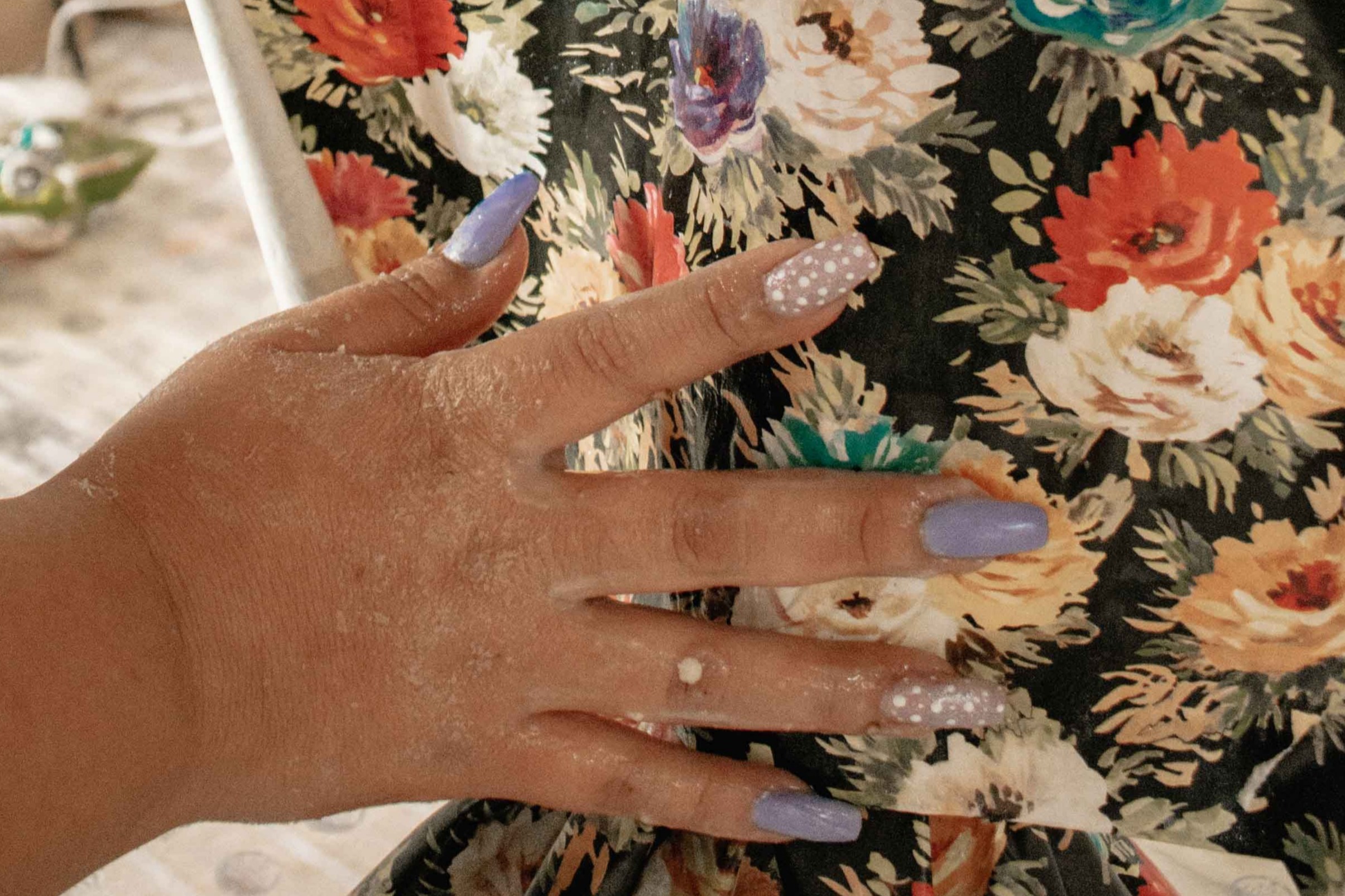 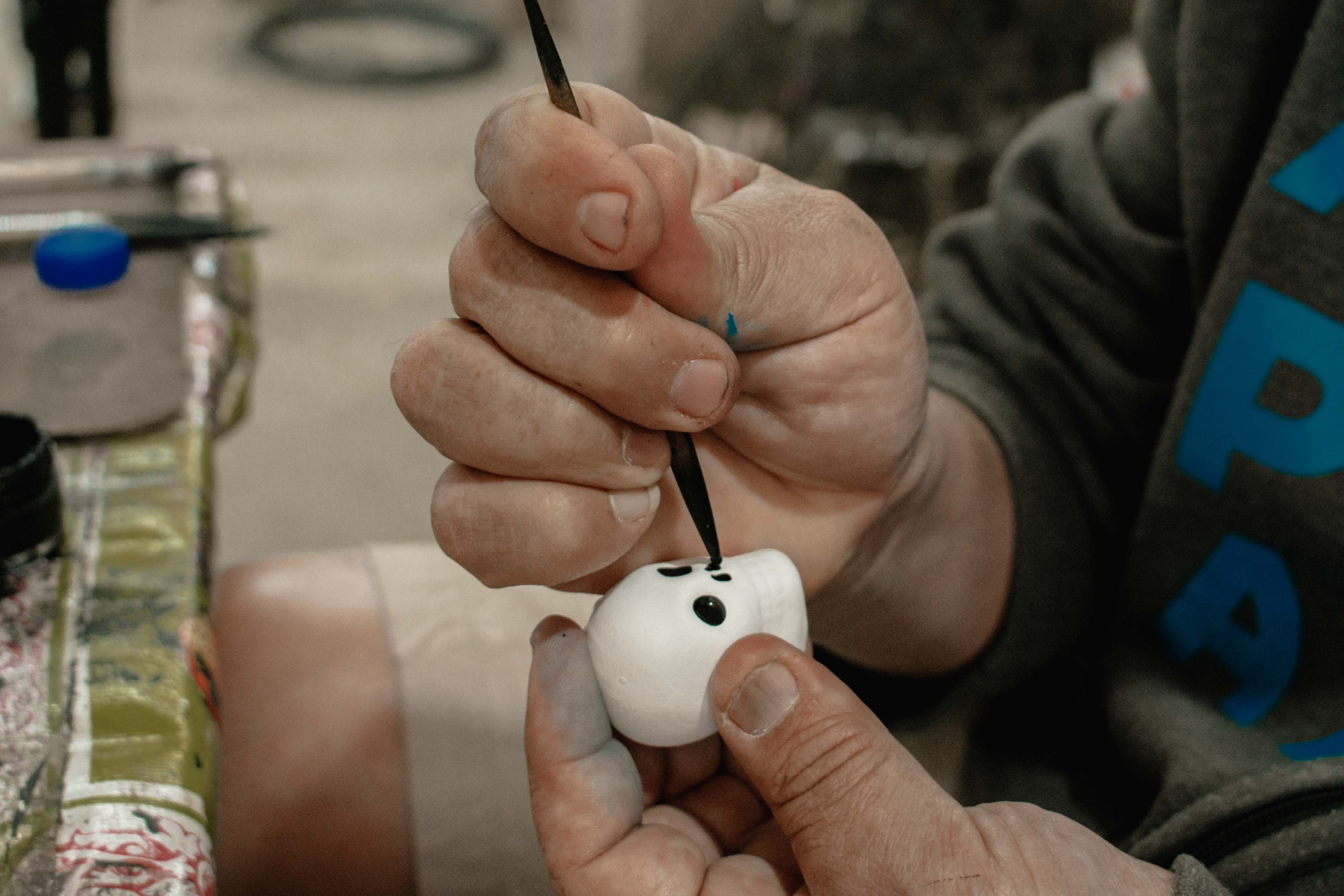 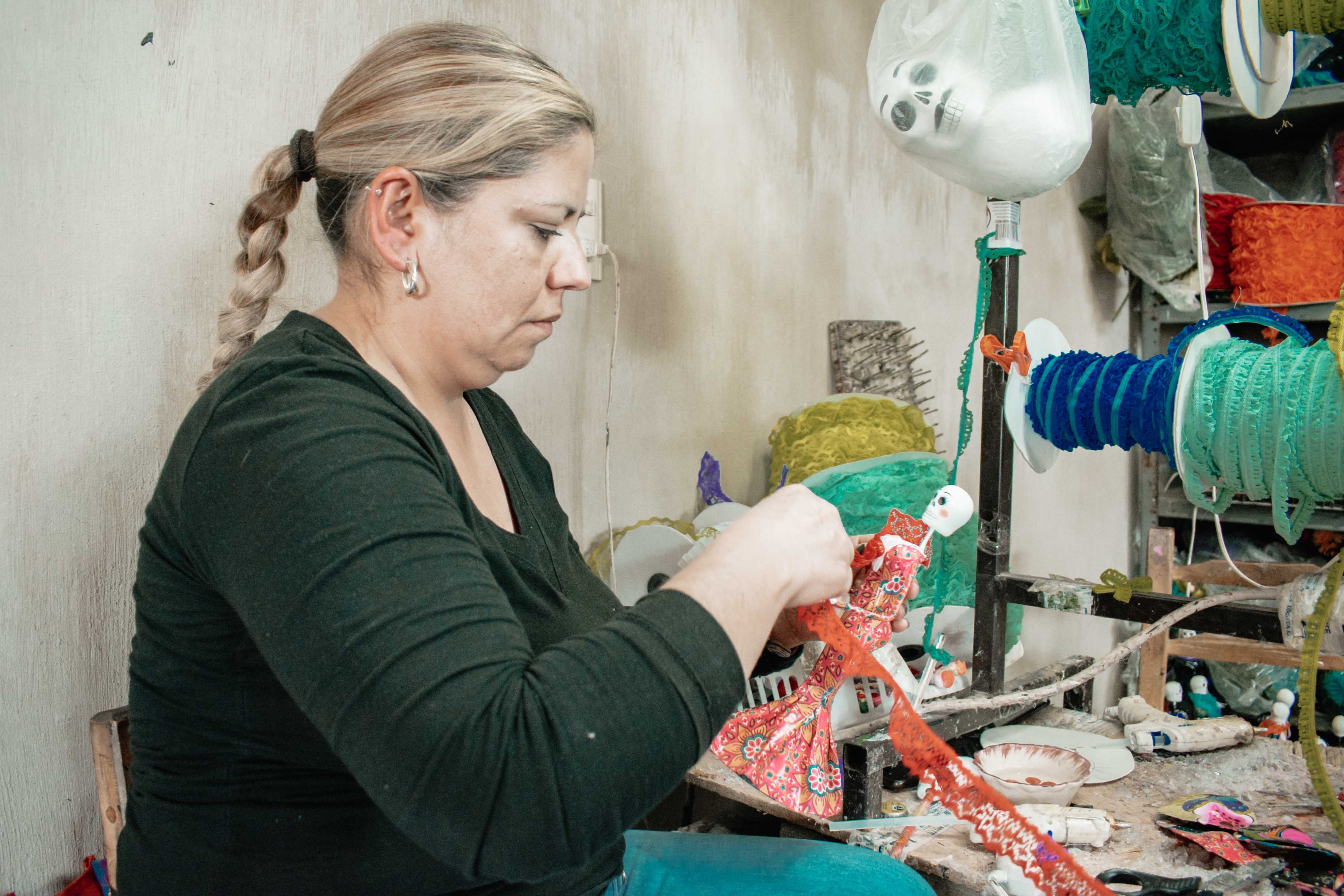 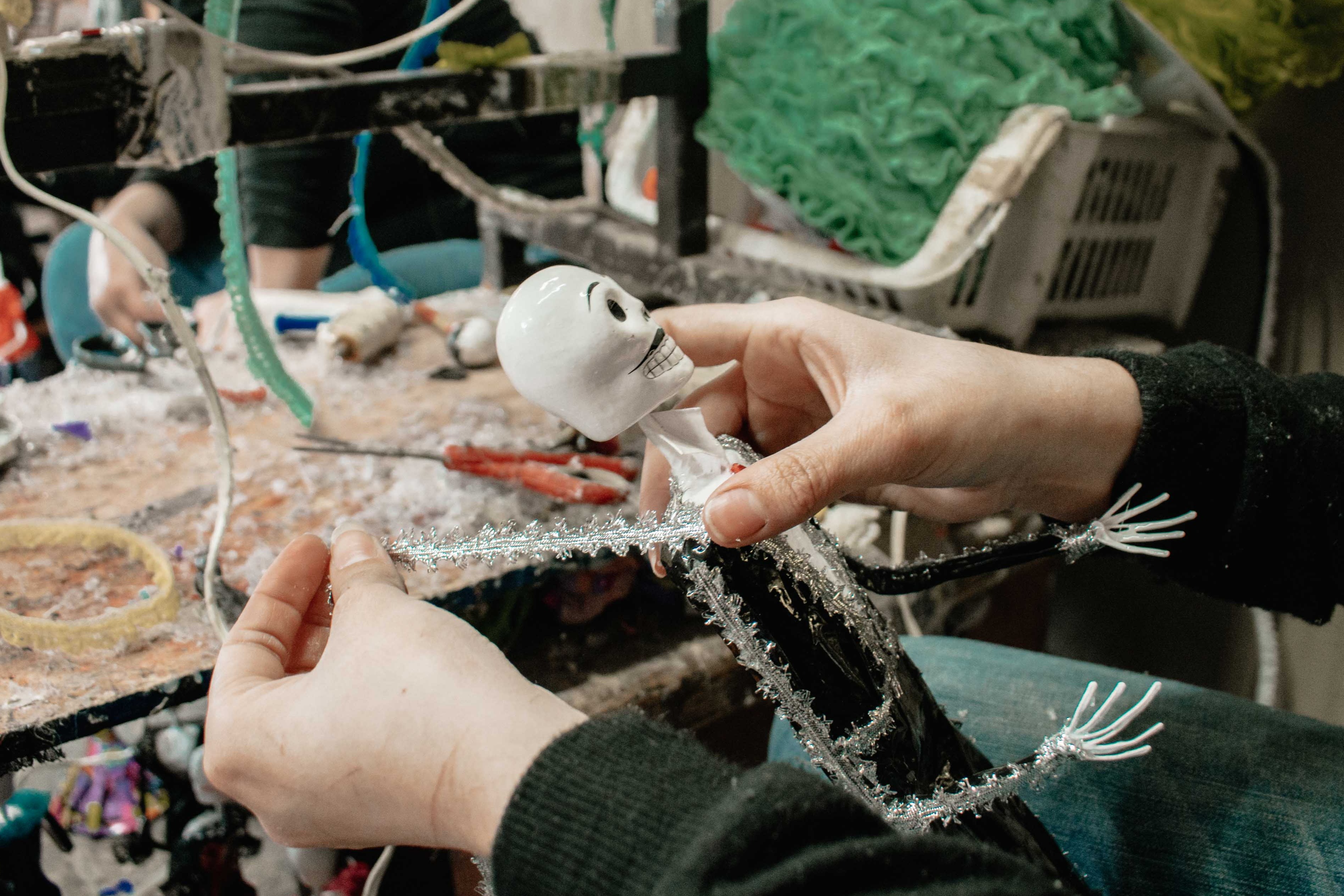 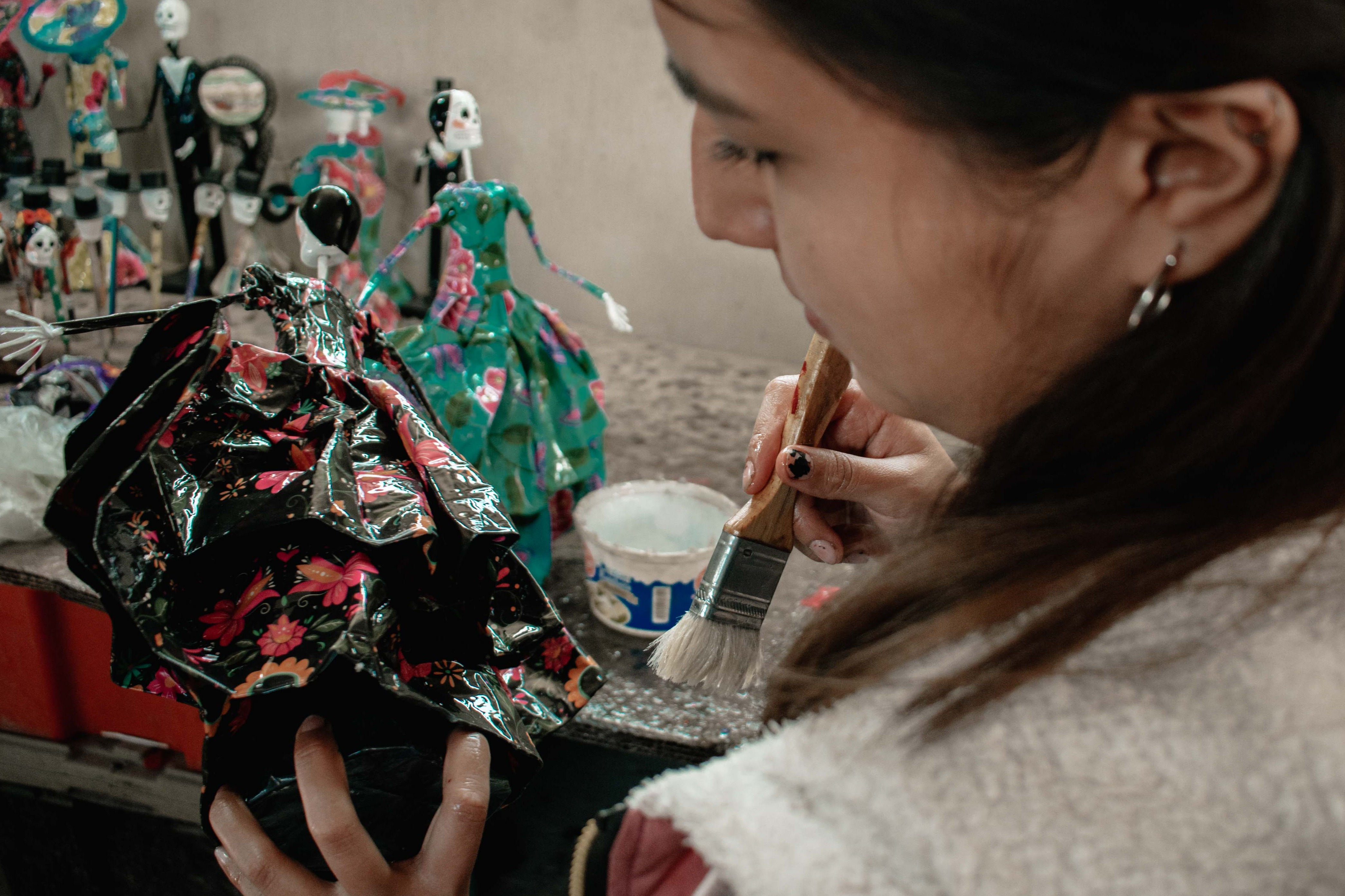 The structure that supports the figure is assembled with cardboard and wire. It’s then dressed and passed to the decorators. They anchor the face and then a painter paints the details. It’s then lacquered, packaged and ready to be sold. 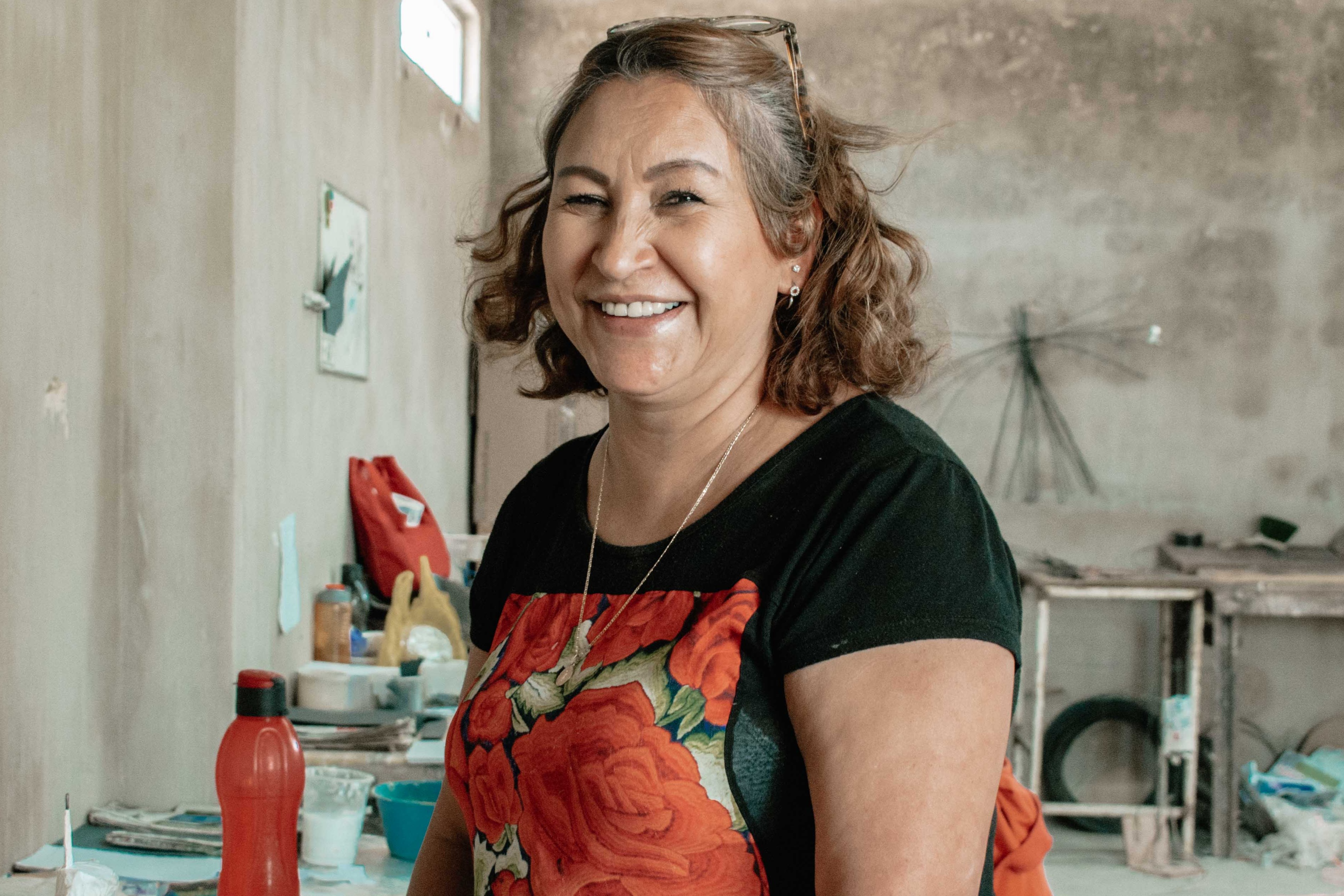 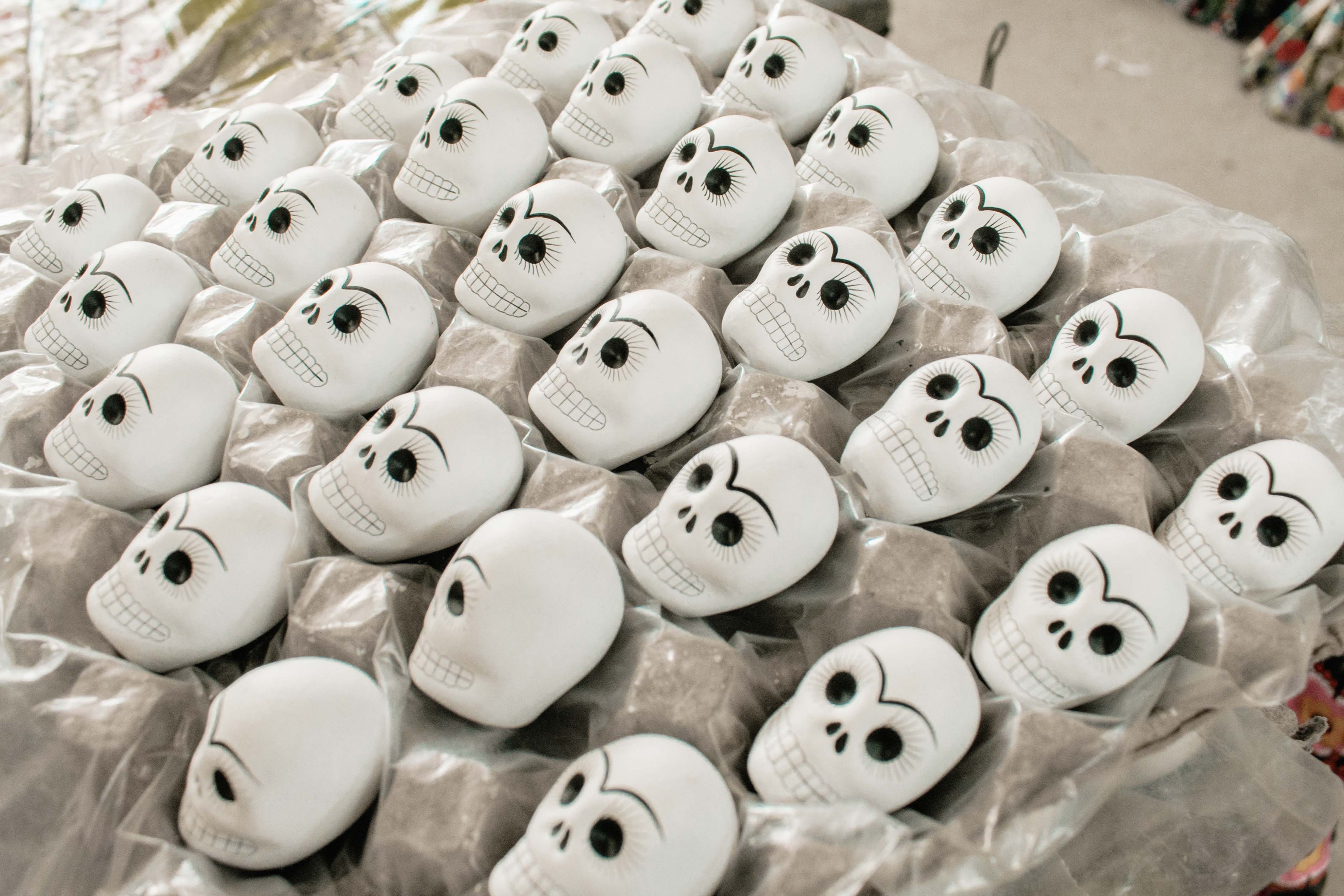 Rocio currently has a workshop and a shop on Cruz Blanca Street where she sells her products on Thursdays and Sundays. We’re so happy to have some of her special pieces on our shelves for you!