Mirror, Mirror on the wall 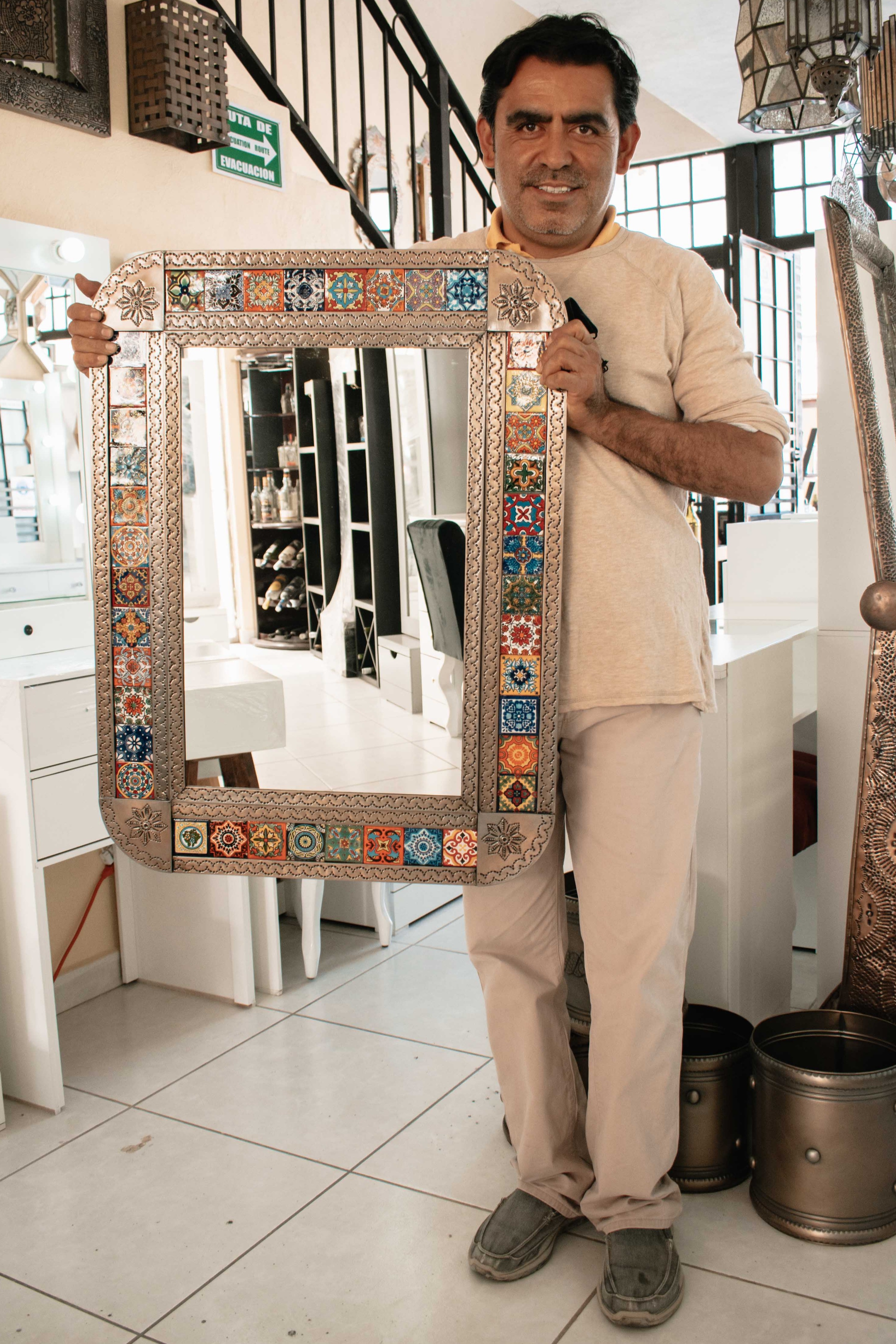 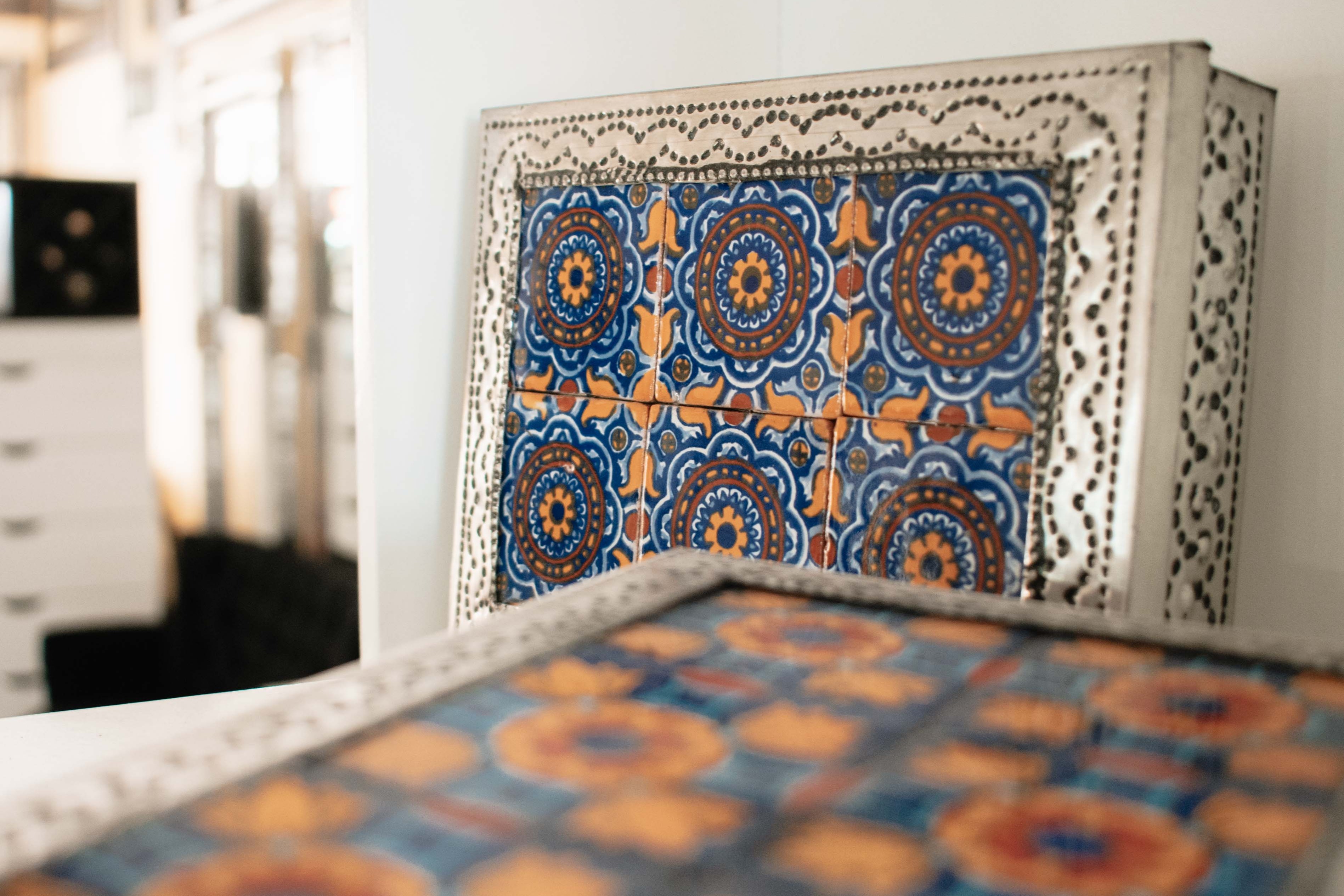 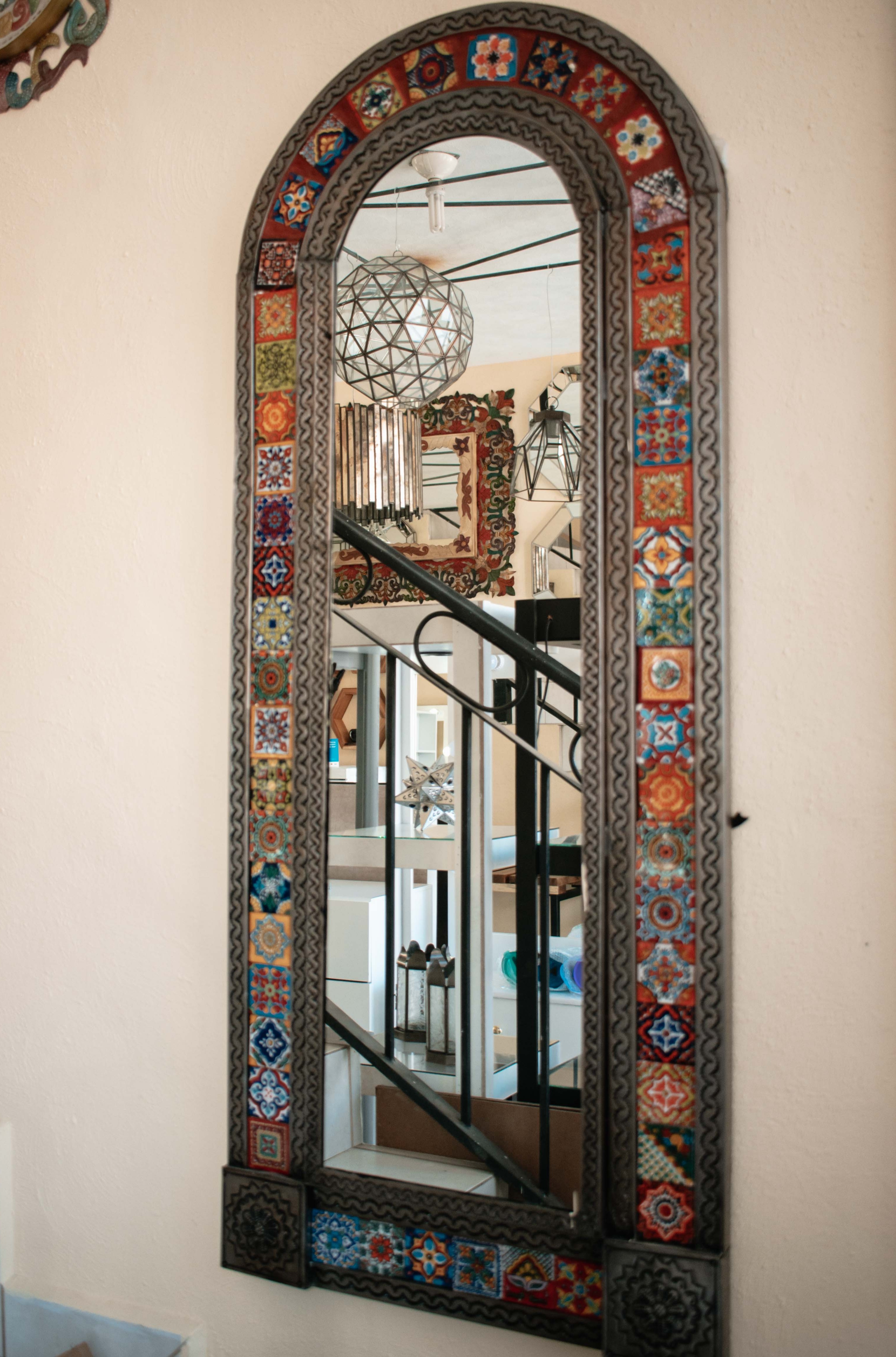 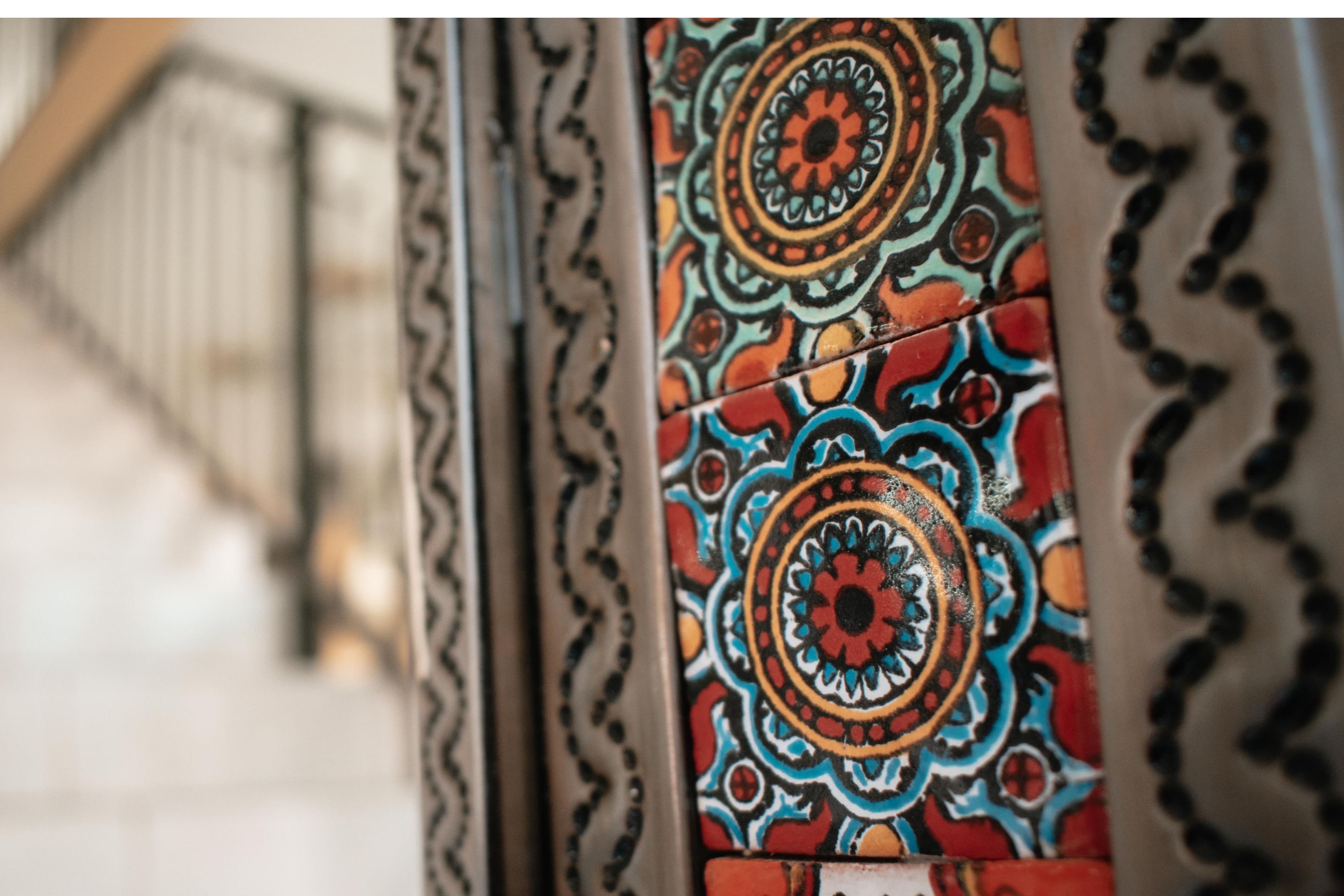 "It’s important to understand that everything is done by hand so they value the work." 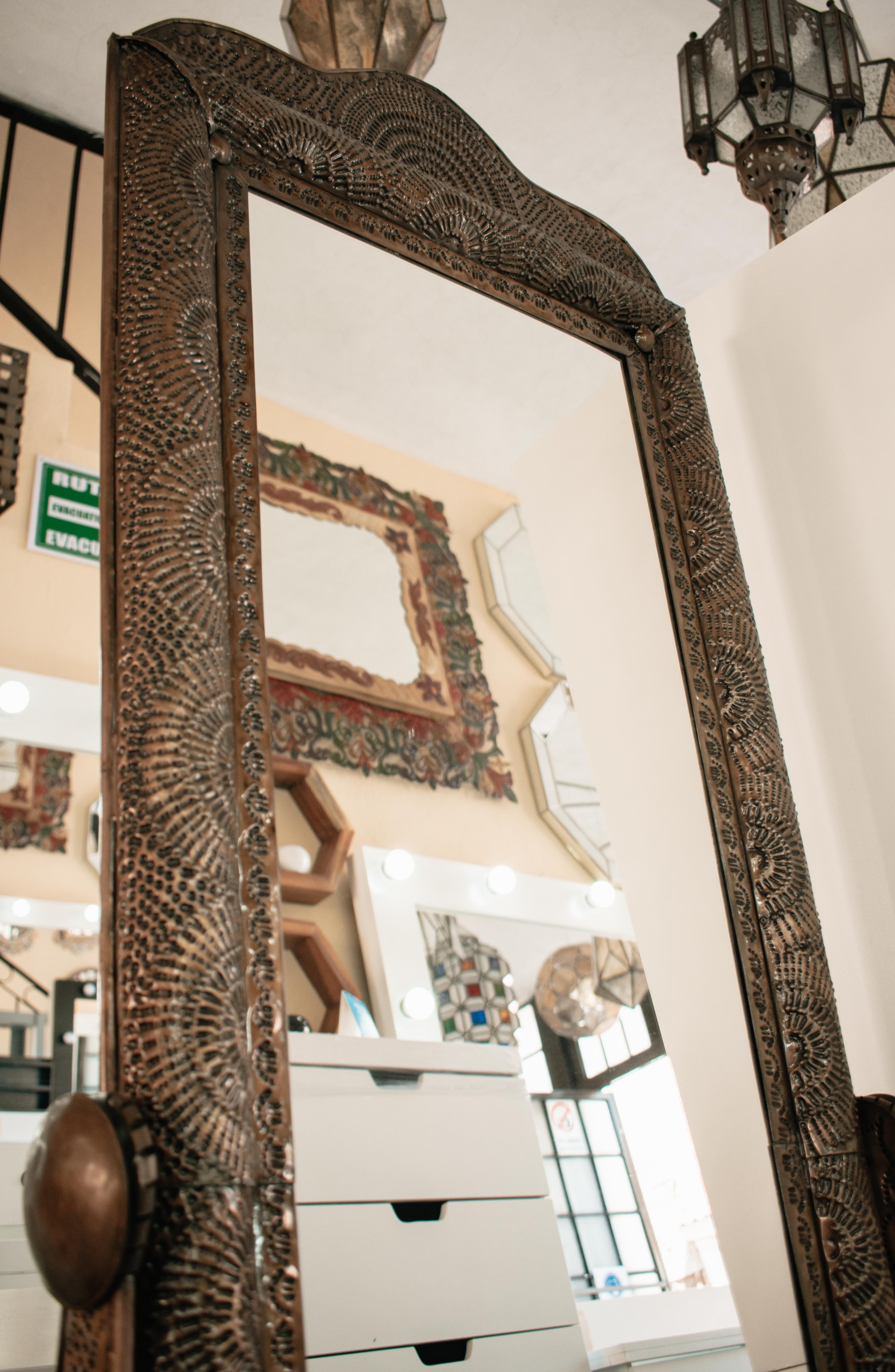 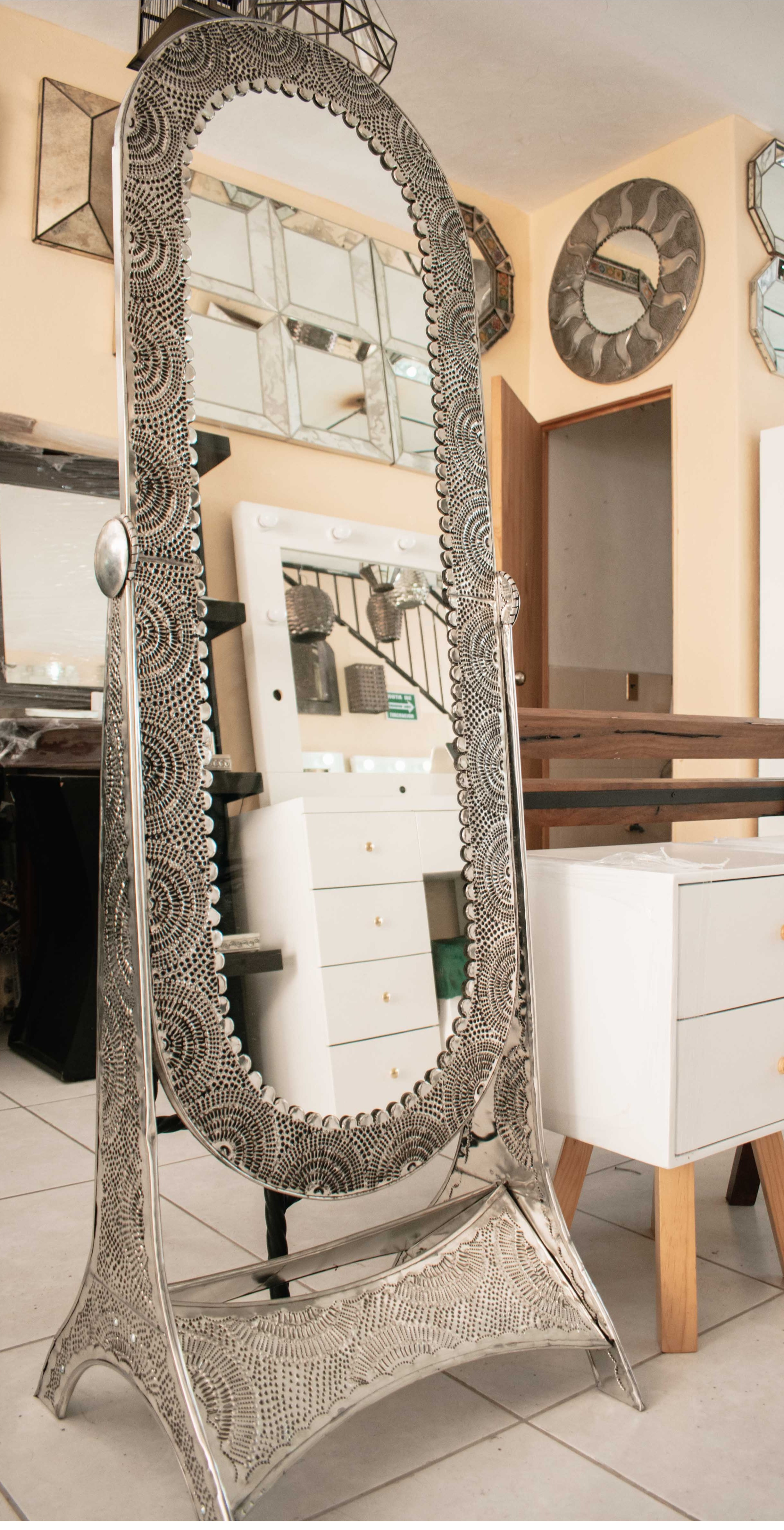 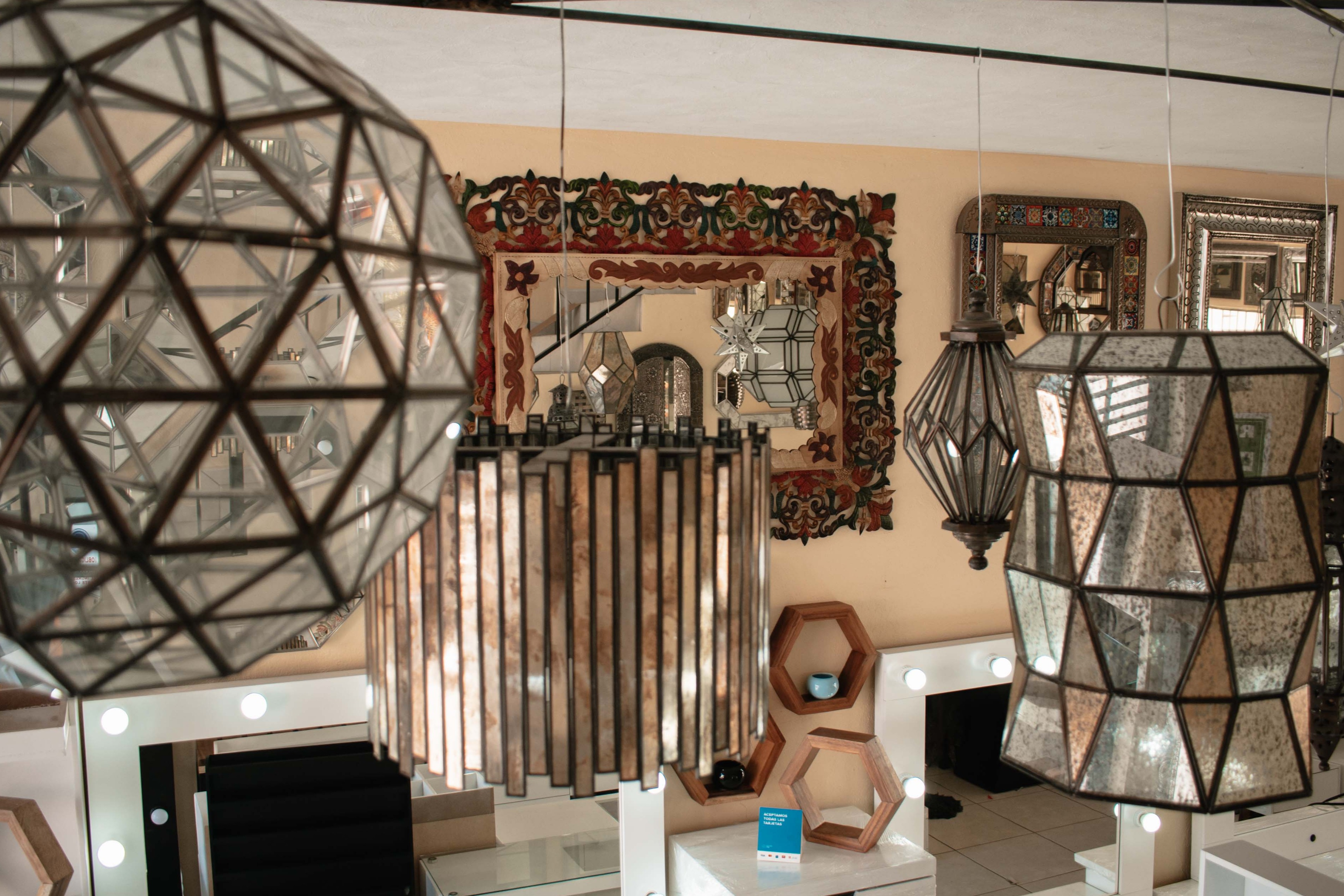 A Glimpse into Mirror Making and Family Traditions.

“Everything comes from a family tradition that has been inherited from generation to generation."

For 27 years,Jorge Enrique Arzola Salamanca and his wife, Beatriz Adriana Nuño Esparza, have been creating mirrors that give us a glimpse of the beauty of Mexican culture and traditions. You’ve likely seen your reflection in a mirror from Ady Crafts while walking through One World Bazaar and might very well now walk past one every day in your own home.

They’ve had to move to various locations over the years as their business grows. For the past three years, their workshop has been in the Tonalá Centro neighbourhood of Tonalá, Jalisco, Mexico. As of right now, you can find their products in Mexico, Canada, the United States and Argentina, but given their talent and craftsmanship, their products will likely be found all over the world soon enough. 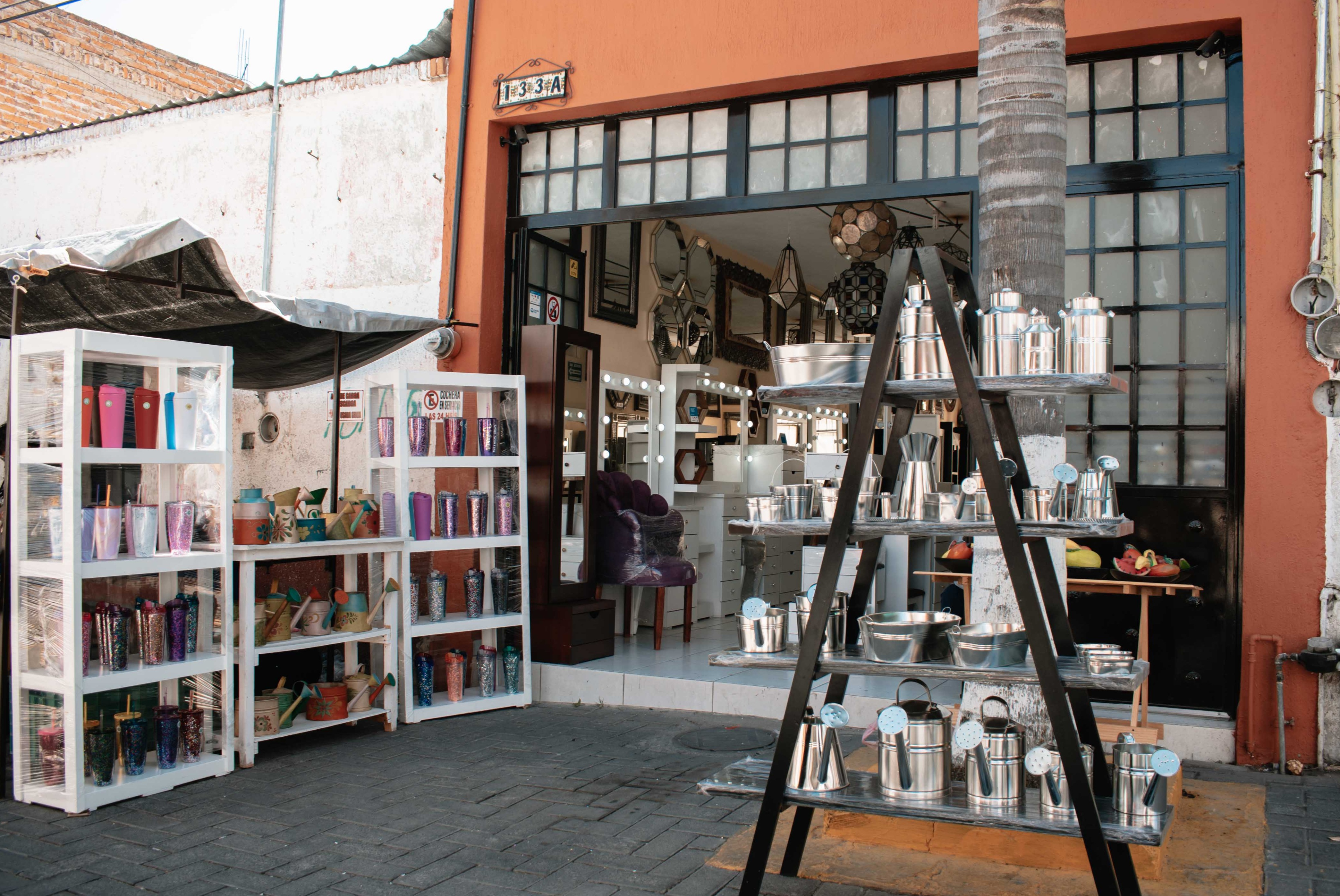 Ady Crafts was made possible by traditional teachings that were passed down through generations. Long before Jorge started his own workshop  he was learning all that he could from his dad. He tells us that “Everything comes from a family tradition that has been inherited from generation to generation.”

His grandparents, who were originally from San Miguel de Allende, came and settled in Tonalá. His grandfather was the forerunner of the technique in Tonalá and taught many generations of artisans. He shared these skills with Jorge’s dad, who then taught Jorge and his brother.

The family support doesn’t stop there. His sister, Claudia Yeni Arzola Salamanca, also helps them with the business side of things. 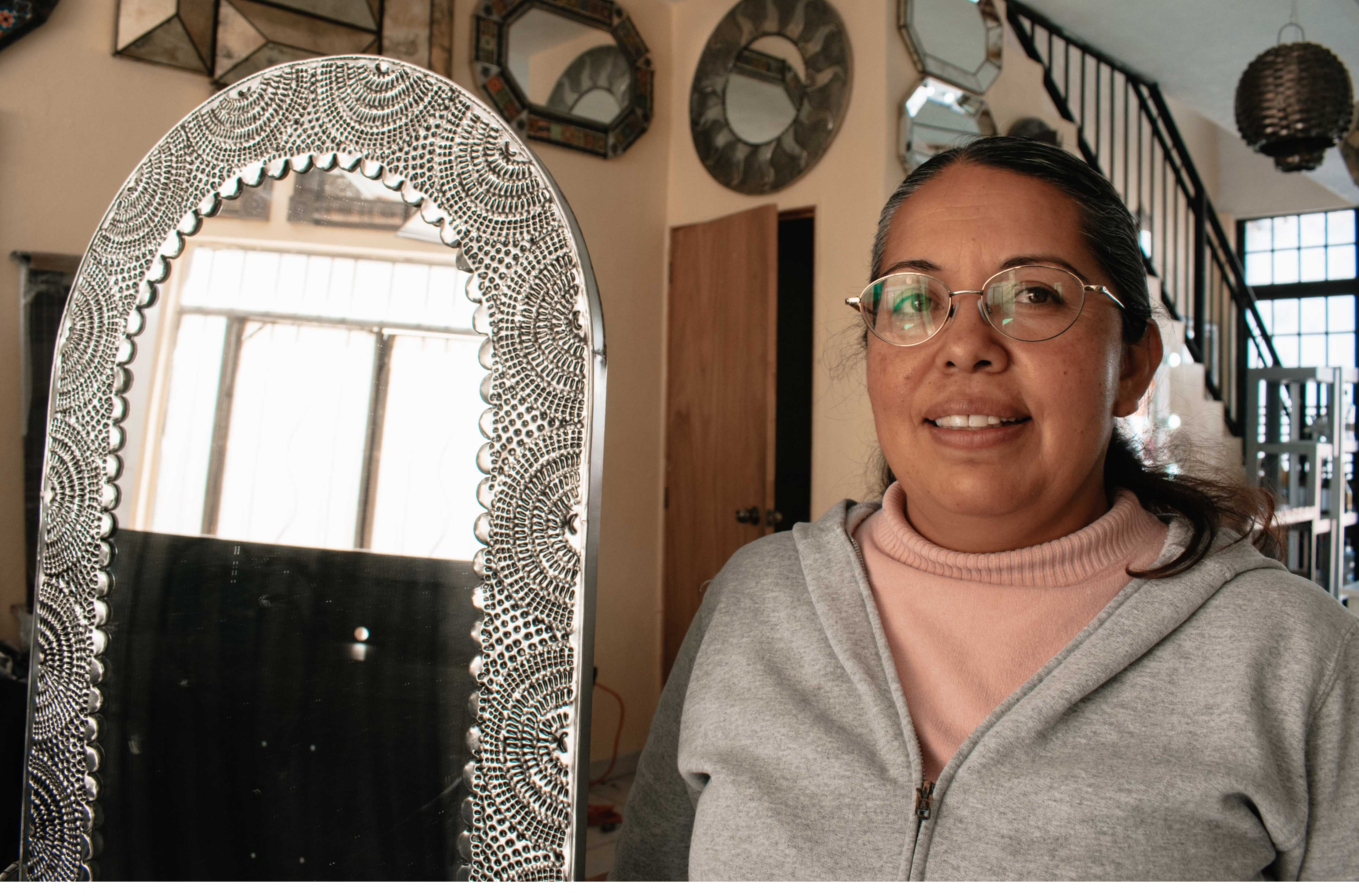 His favourite product they make are the mirrors with talavera, which are also a best-seller for them. Juan Antonio, Faust, Joseph and Alexander help manufacture the mirrors in their shop. The process requires procuring items from all over the area. The sheet metal, welding and other materials are obtained in Tlaquepaque and Guadalajara while the talavera tiles come from Dolores Hidalg in Guanajuato. 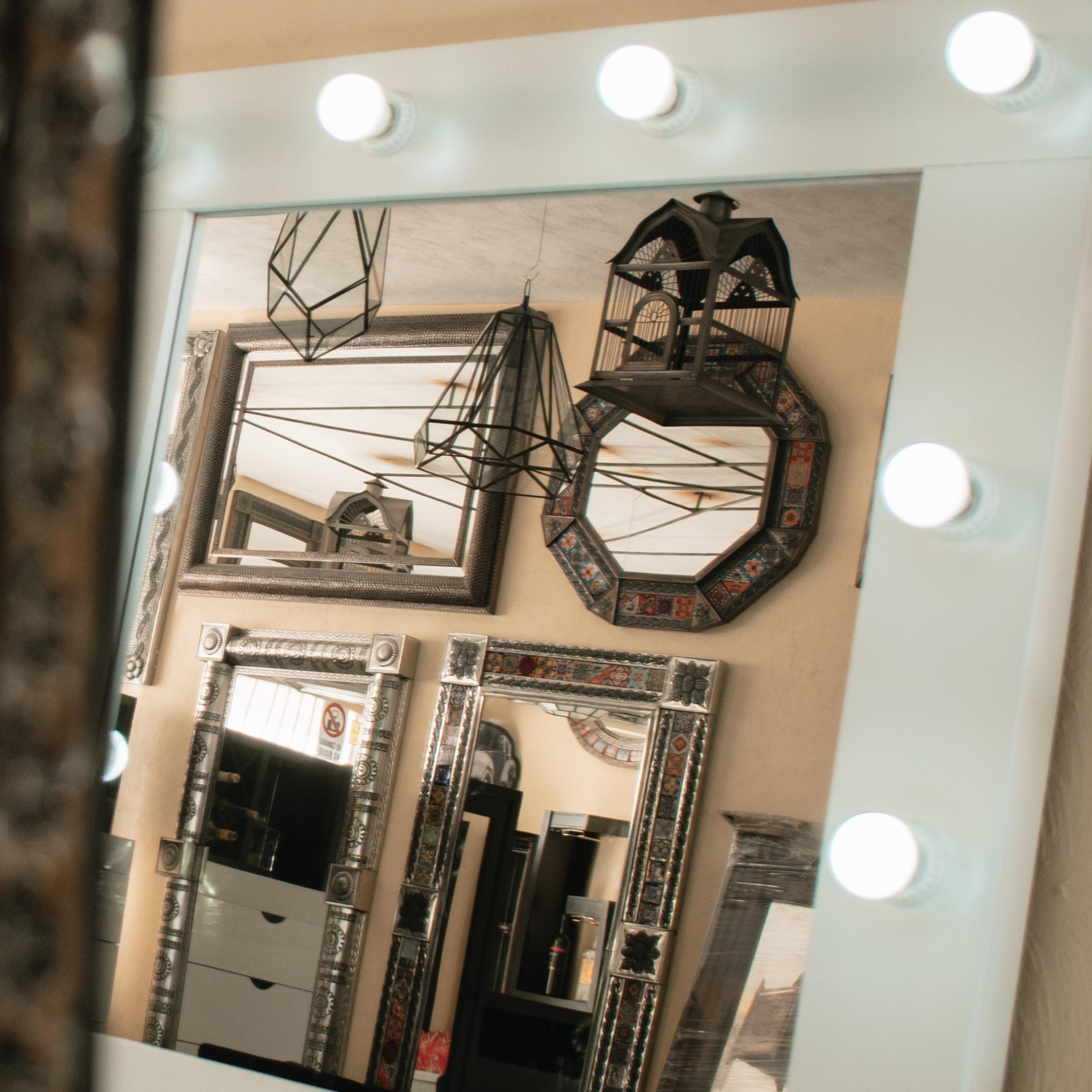 Since talavera is a big part of these mirrors, we wanted to share a brief overview of Mexican Talavera. In the 16th century, as the Spanish colonization of Mexico was underway, Spanish monks and artisans from Talavera de la Reina began sharing techniques with local natives to enhance their pottery and ceramic skills. This included the use of a potter’s wheel, tin-glazing as well as new colours and patterns. Blending these new skills with the ones they’ve been using for centuries is how Mexican Talavera  tiling was born.

So, once they have the required materials, they’re able to start the process of creating these mirrors. Templates of the designs are made on cardboard and then those templates are marked on a sheet. After folds and cuts are made on the marked sheet, the mirror is assembled. When old colours are used, the foil is oxidized by acids. Once the desired colour is reached, the acid is washed from the slide and dried. The sheet is then lacquered so the talavera sticks to it. 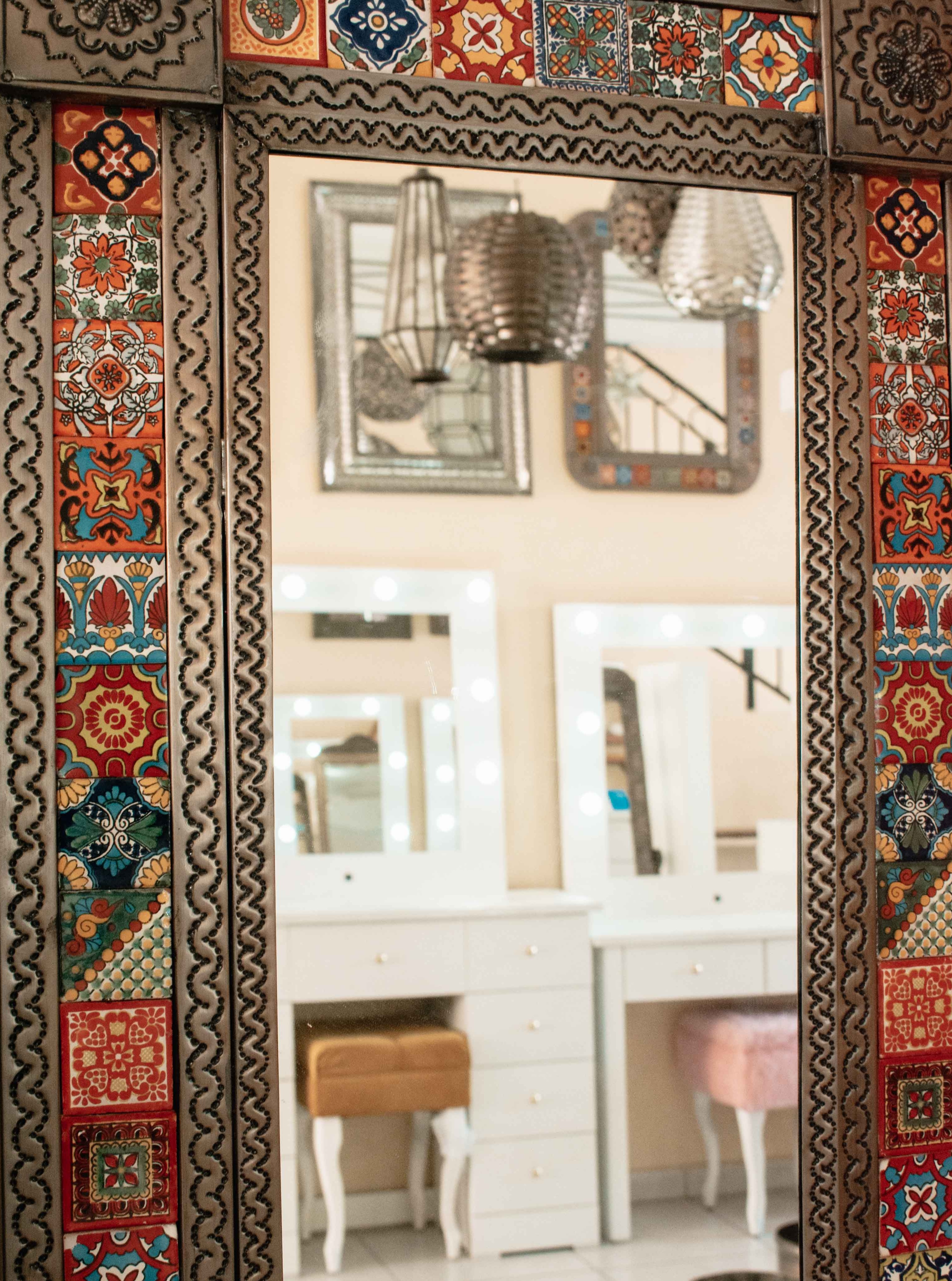 Even though Jorge has an established business with products being sold in a few different countries, they were hit hard by the pandemic. They do everything face-to-face, which of course wasn’t always possible over the past few years. They don’t sell their products online so their sales declined drastically, but they faced the challenge and continued despite all of the obstacles in their path.

When we asked if there was anything that he’d like his buyers to know, he said that "it’s important to understand that everything is done by hand so they value the work. It’s very tough for them when suddenly customers are looking to haggle for lower prices."

Through all of the challenges Jorge, his family and employees have faced, they still love creating. Jorge shared that it still brings him joy to sell and interact with customers and the satisfaction of being able to sell his products gives him happiness, but also the recognition of the profession and traditions of his family.

This is why supporting artisans like Jorge is so important. It allows him to keep his family traditions alive so he’s able to pass them on the next generation when the time comes.

Find Jorge and his families products online and at the Bazaar 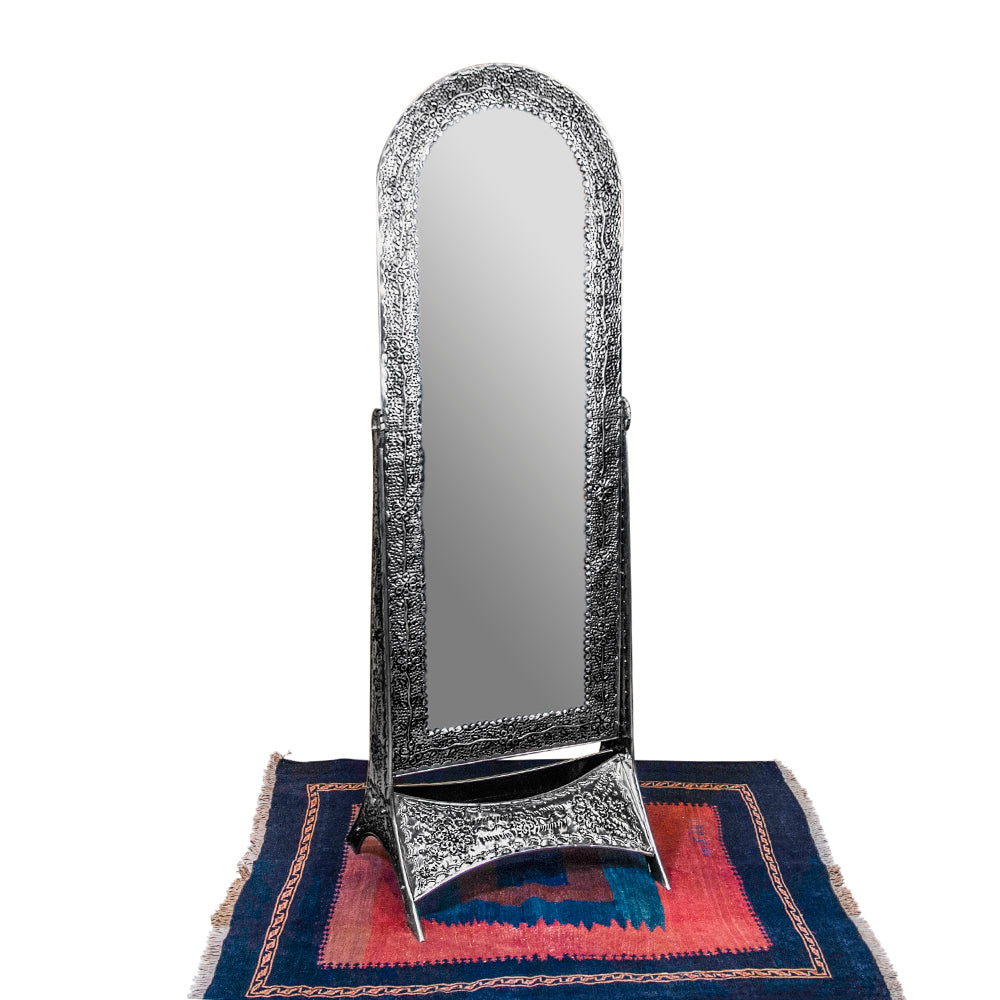 This stunning standing mirror is made from punched tin. The shiny silver design of this mirror is sure to brighten up any living space.