A Trip through the Years – Imperial Art Glass

Not many people know the intricacies of blowing glass, especially children. But while most children were thinking about becoming a vet, astronaut or teacher, Enrique Salazar Diaz was going down a very different path. For as long as he can remember, Enrique wanted to work with blown glass. His passion only increased, his business became a reality and his son, Carlos Salazar Lopez, followed in his father’s footsteps and now runs the business. 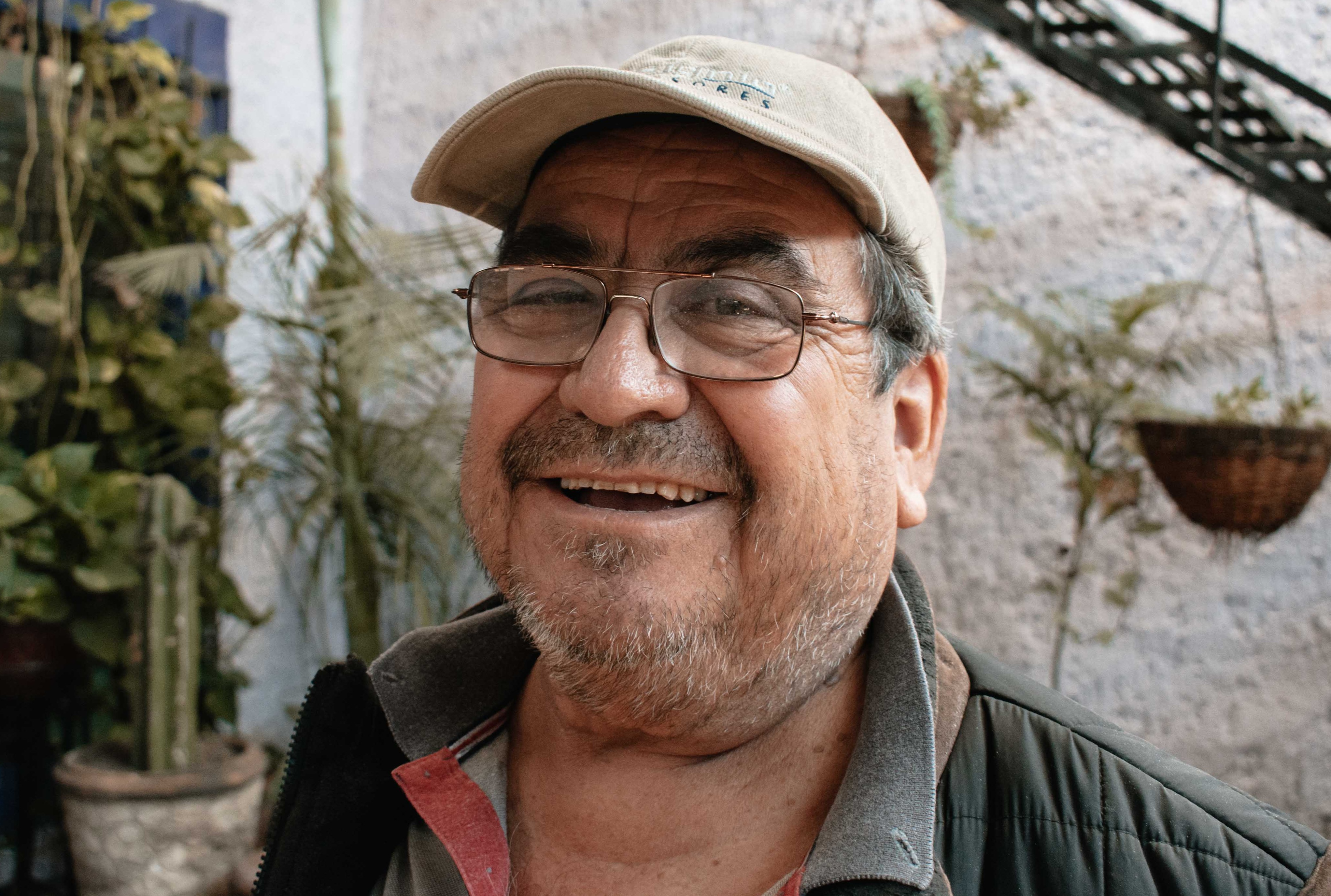 “I think that in this business we depend a lot on customers; that is to say, many clients arrive and already bring an idea of ​​what they want."

It’s incredible to think that from such as young age, Enrique knew without a doubt that he wanted to work with blown glass. He’s been doing this for so many years now that we were curious to see where he still pulls inspiration from.

He shared that “I think that in this business we depend a lot on customers; that is to say, many clients arrive and already bring an idea of ​​what they want. We only materialize your idea or reproduce your product. When I started with the shakers, for example, my idea arose from other shakers that had been coming with Old Vergel Brandy for several years. I was just creating my own designs.”

Breaking Down the Process

When it comes to making the products, they use recycled glass. They buy a lot of bottles from José Cuervo Tequila, but there are also people who collect glass on their own and bring it to the factory to sell. The pigments are imported.

If you’ve watched ‘Blown Away’ on Netflix, you’ll likely have a good idea of the basics, but we wanted to give a quick rundown of how these pieces are created!

First the oven is heated up and the furnace is loaded with the glass. 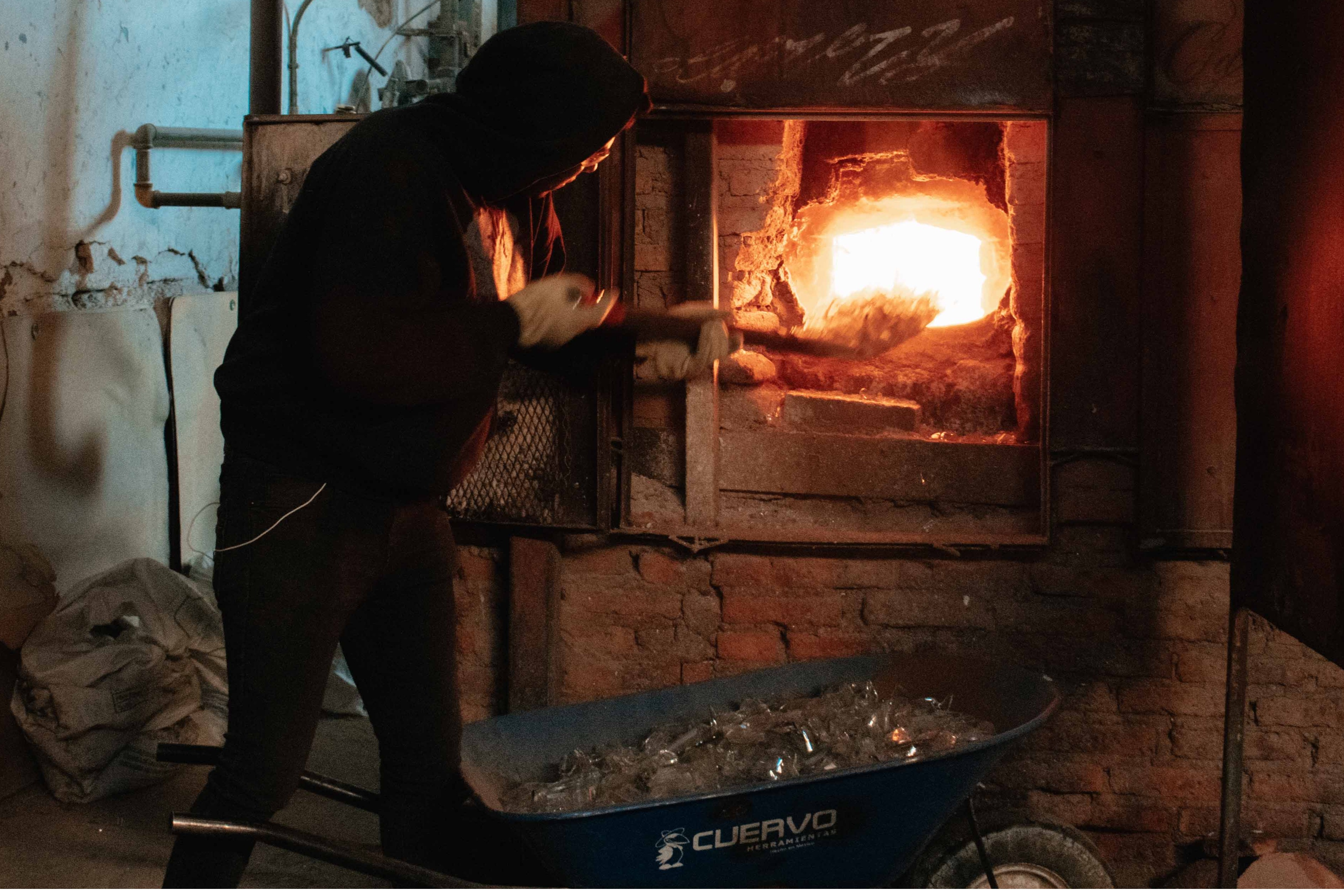 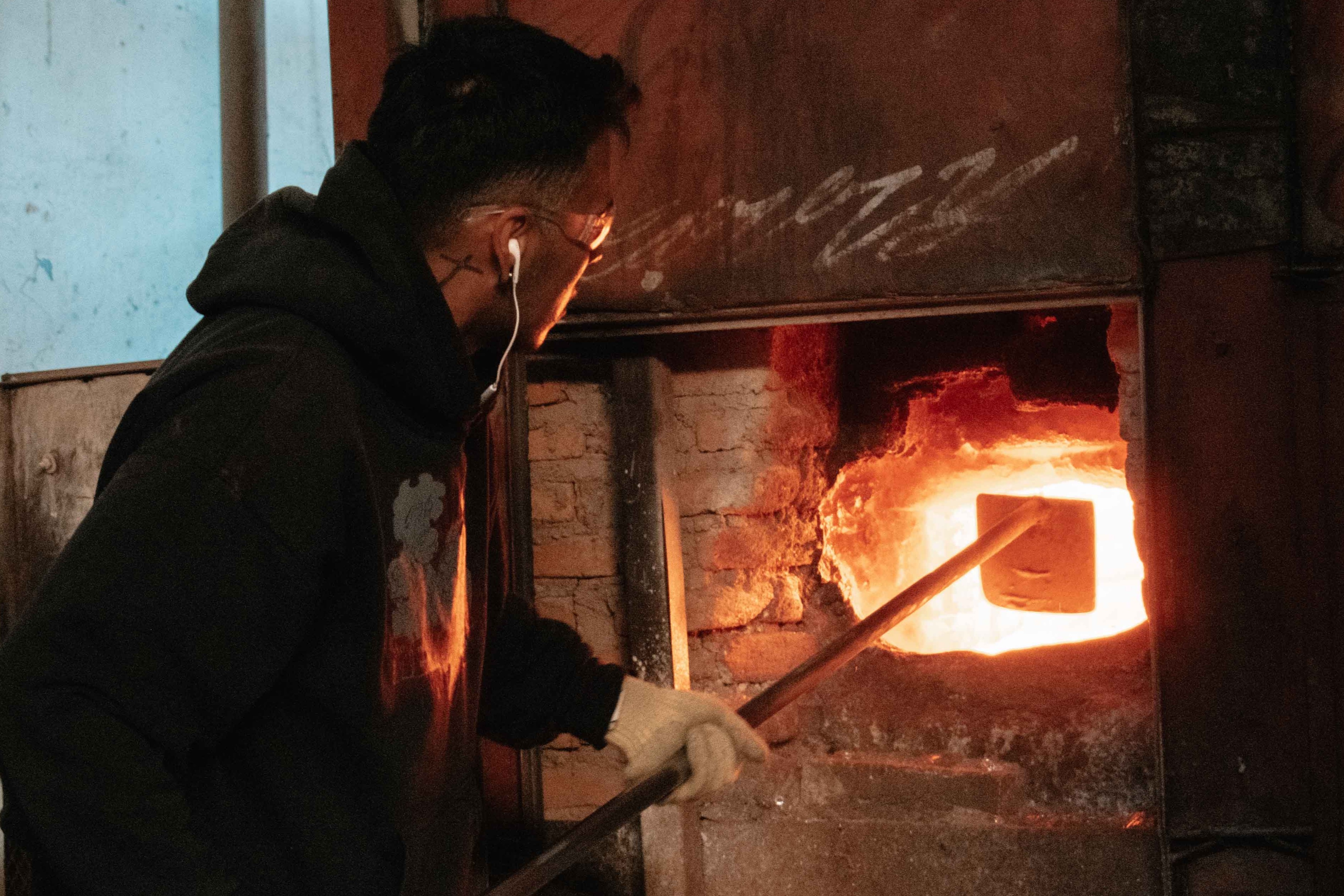 Once the temperature reaches 1200°C, the glass will begin to melt.

After the glass is melted, the material is ready and is removed with the canes. 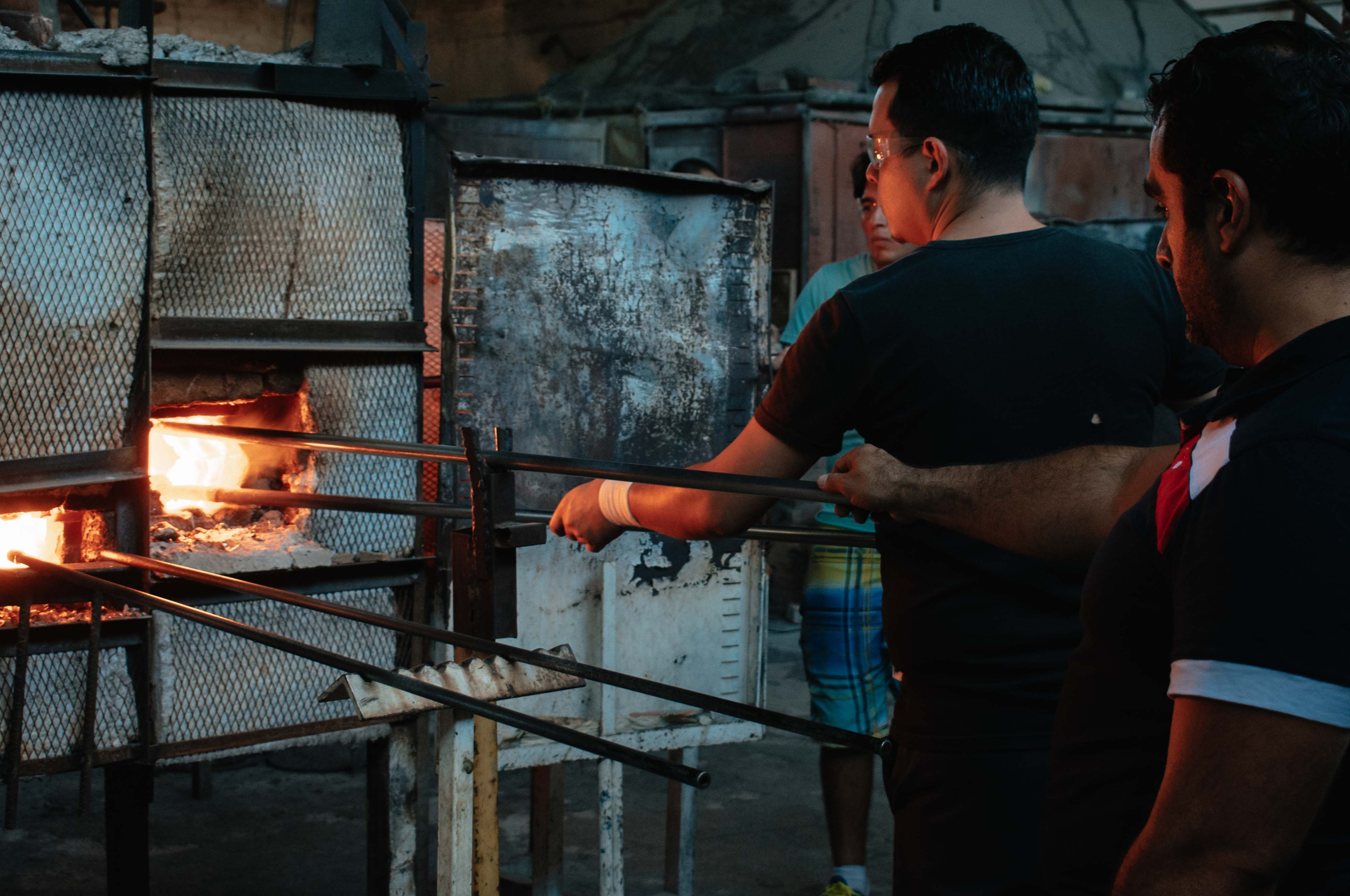 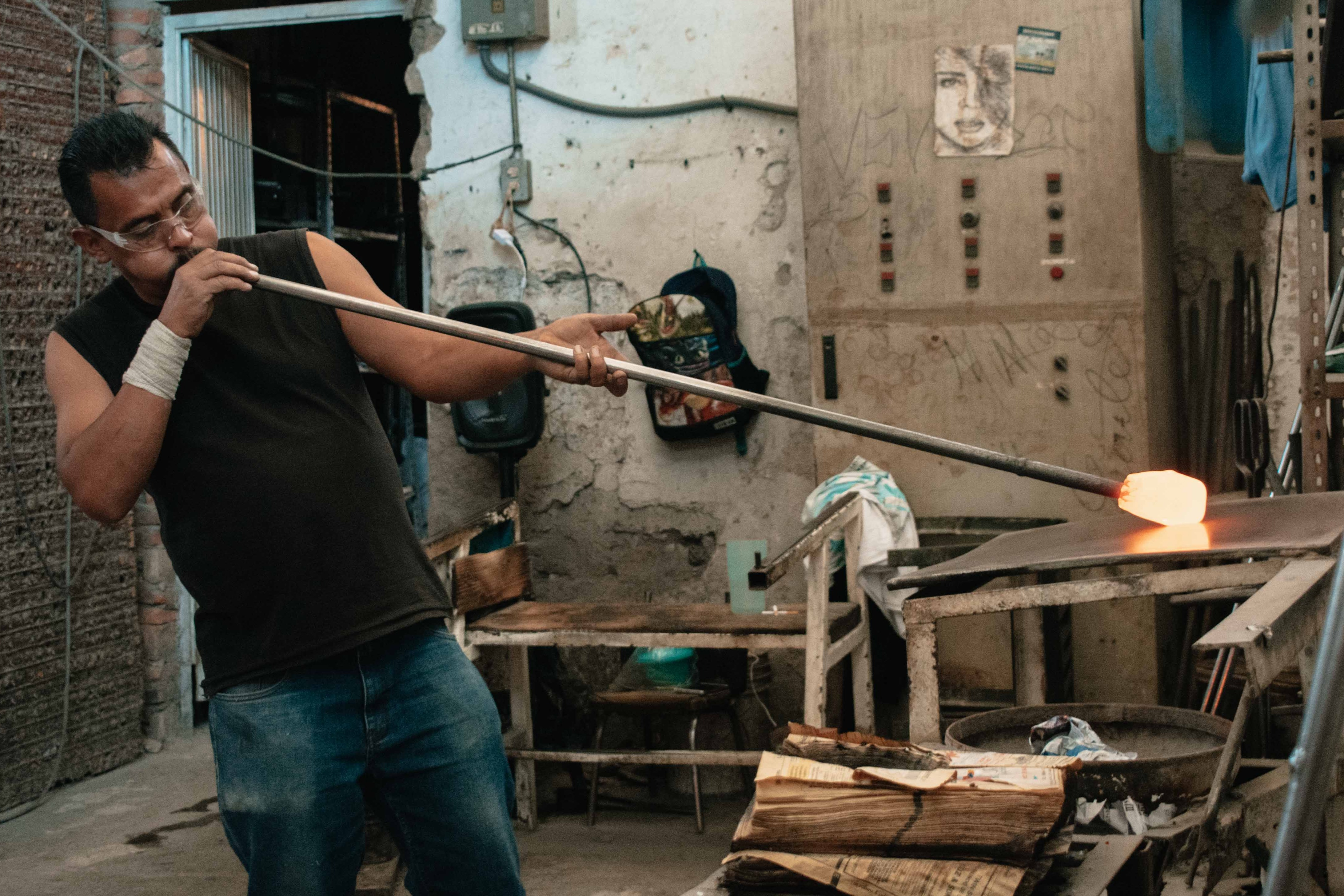 Now the material begins to be shaped according to what is to be produced.

Then the preform is made. 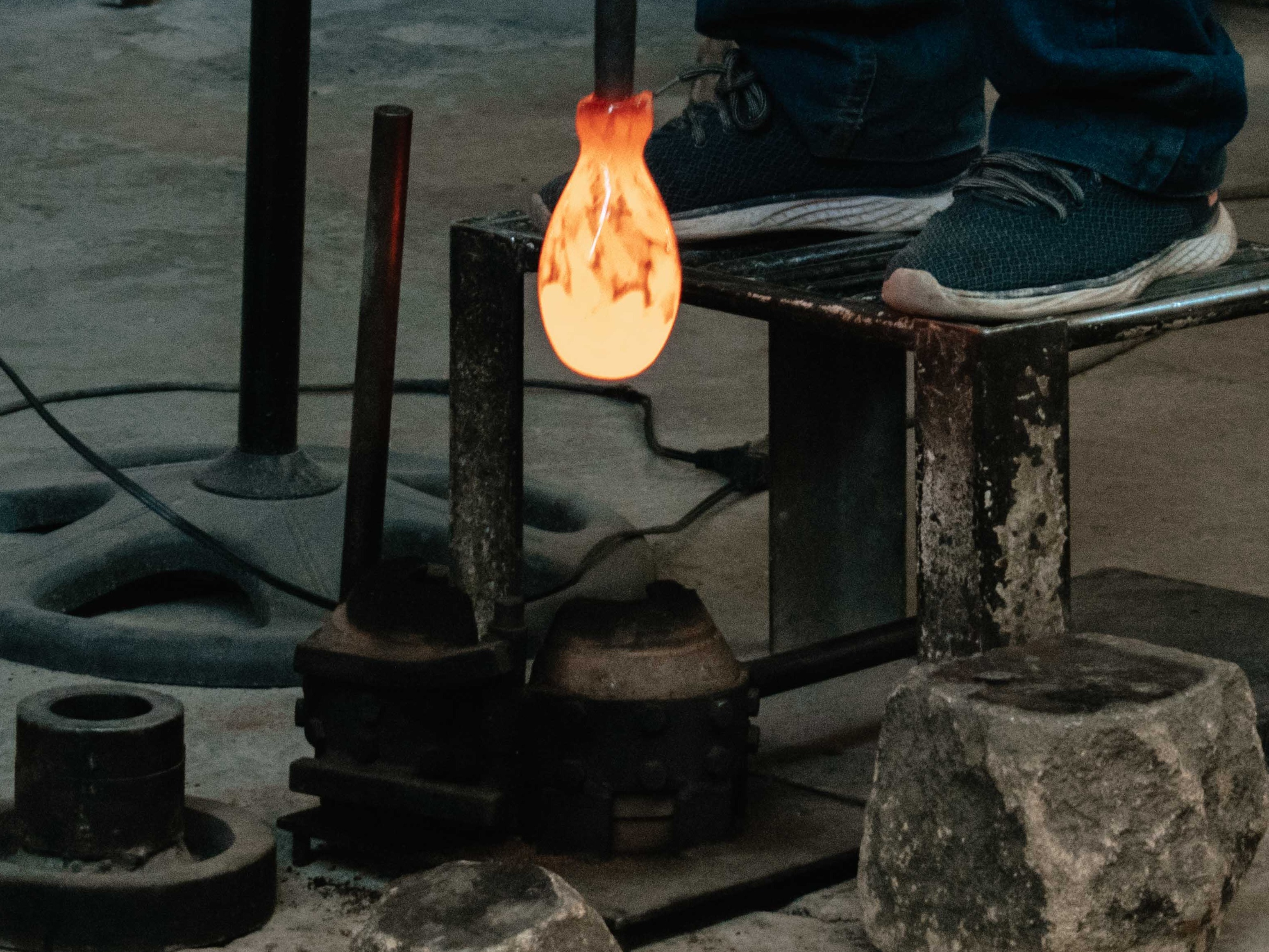 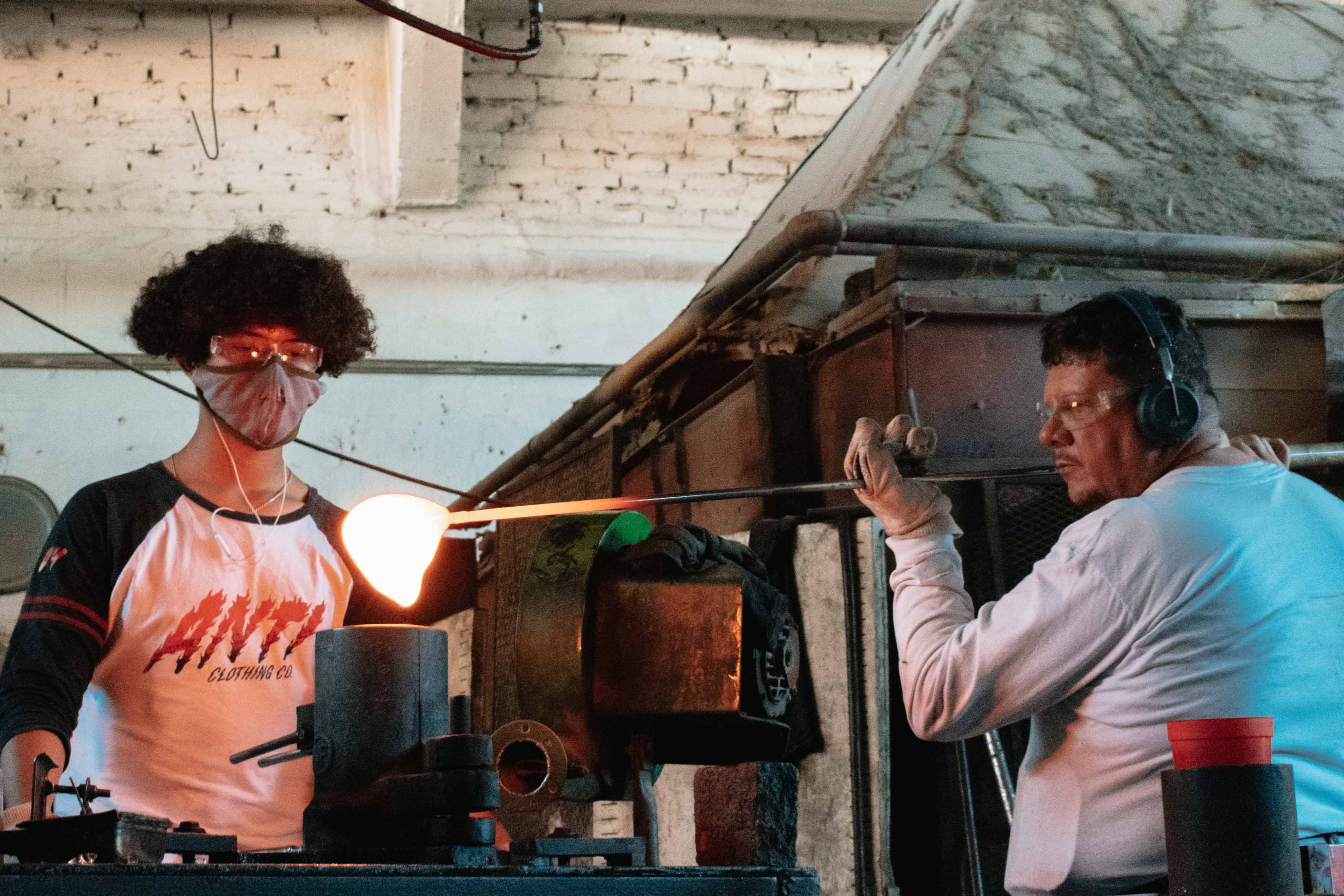 The material is put into the molds.

After giving the piece its shape, it’s released in the drawer and clinched. 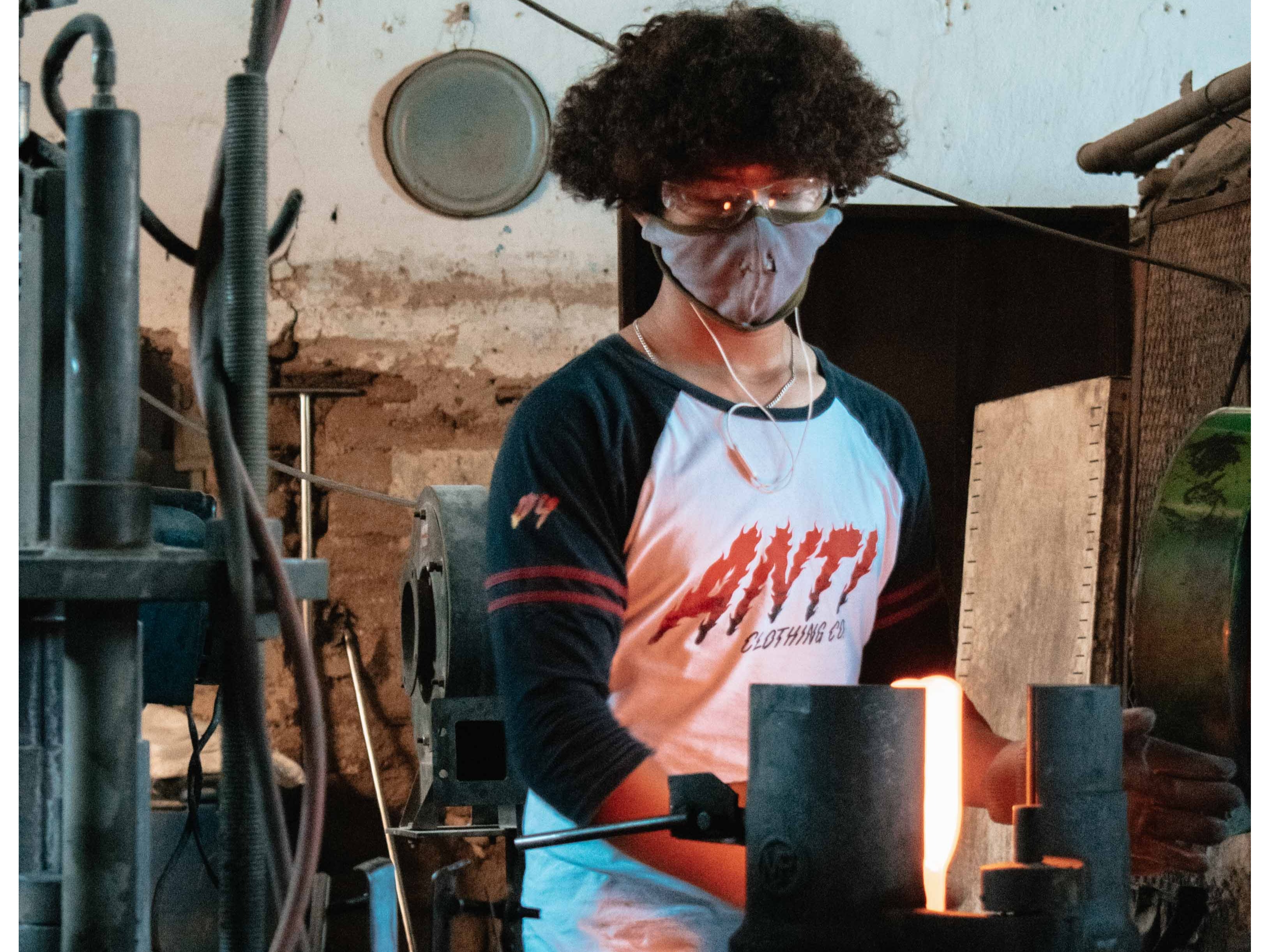 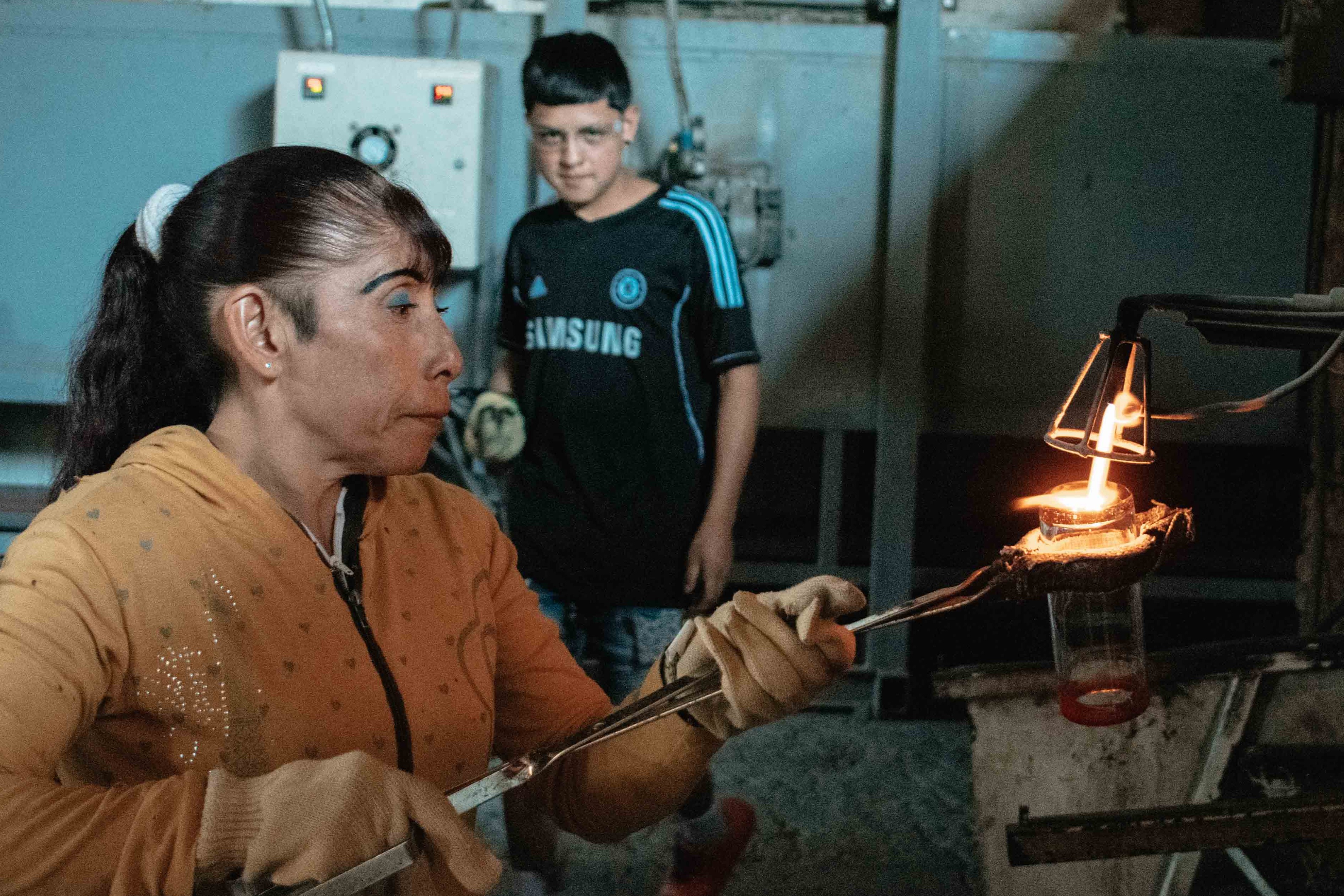 It’s then warmed up so it can be finished and sent to the temperer.

Each piece is then looked over to ensure it meets their standards. Then it’s packaged and sold. 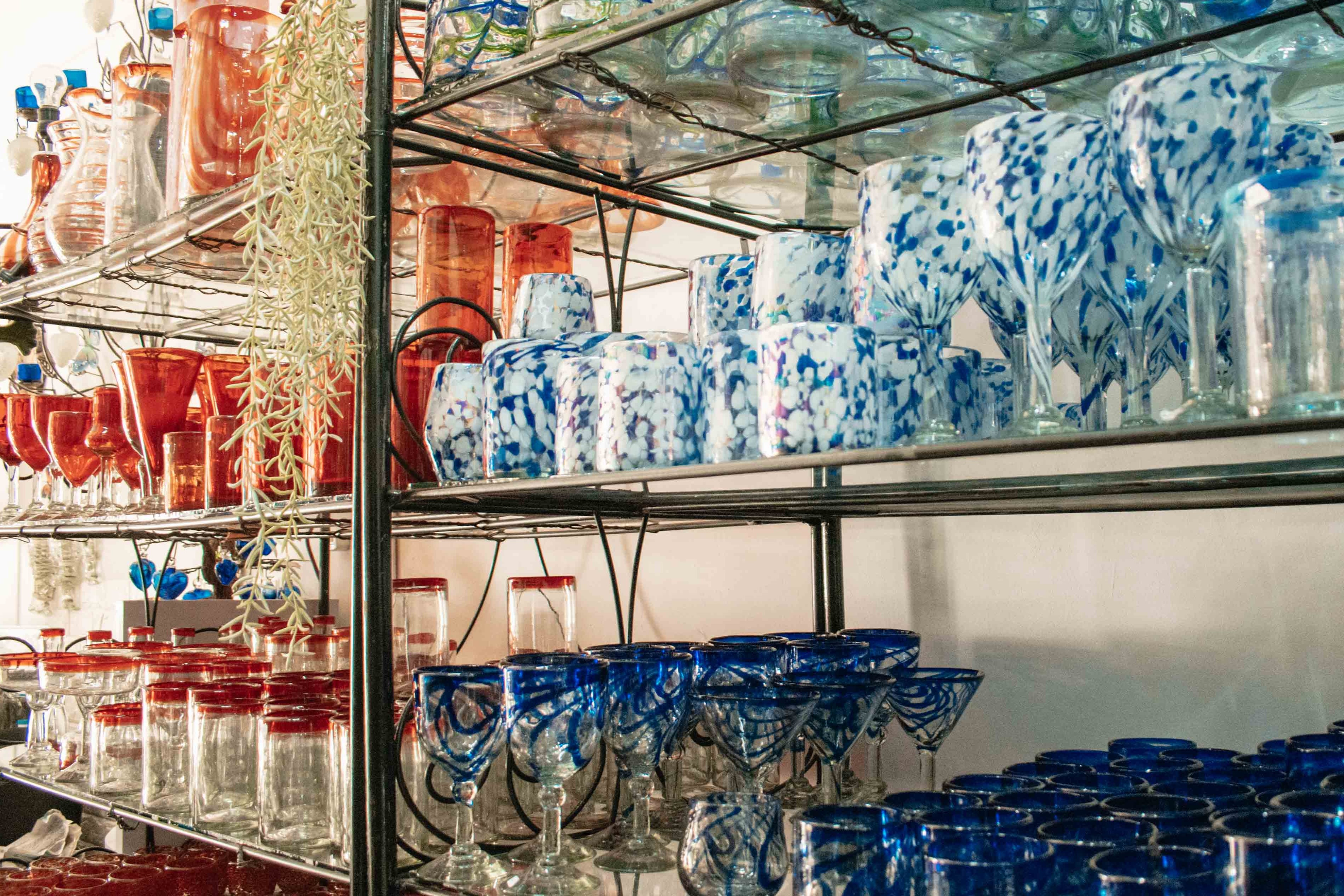 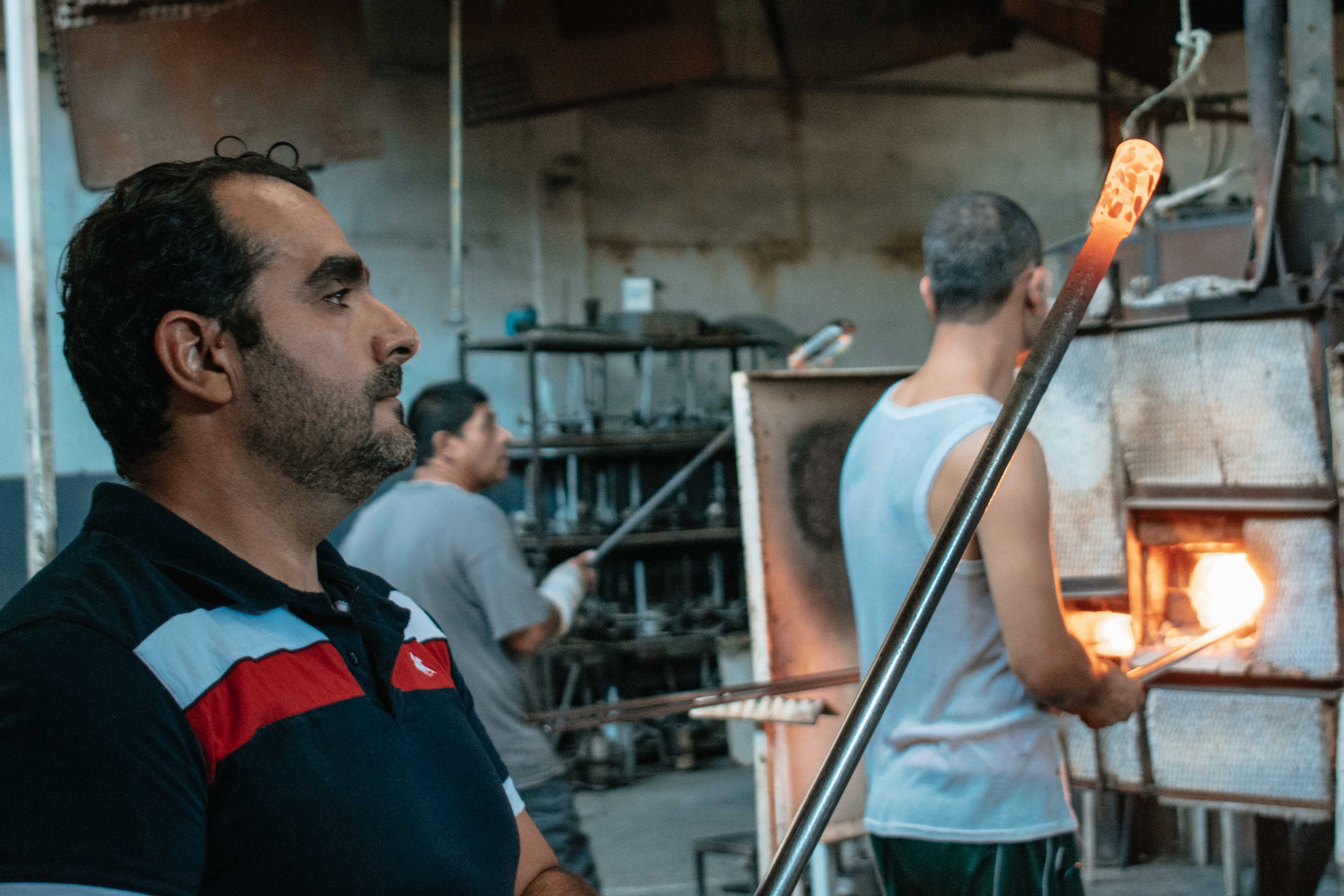 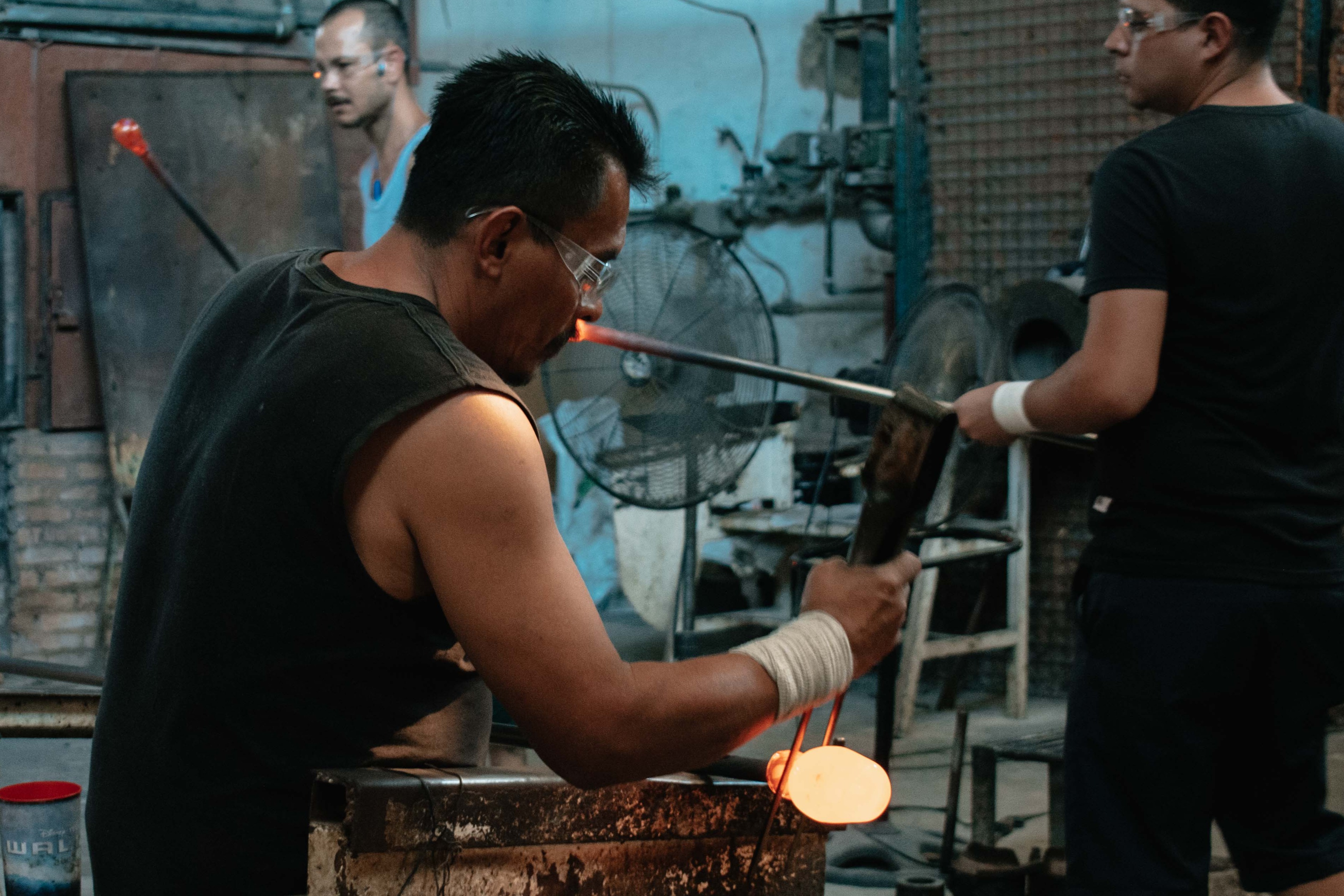 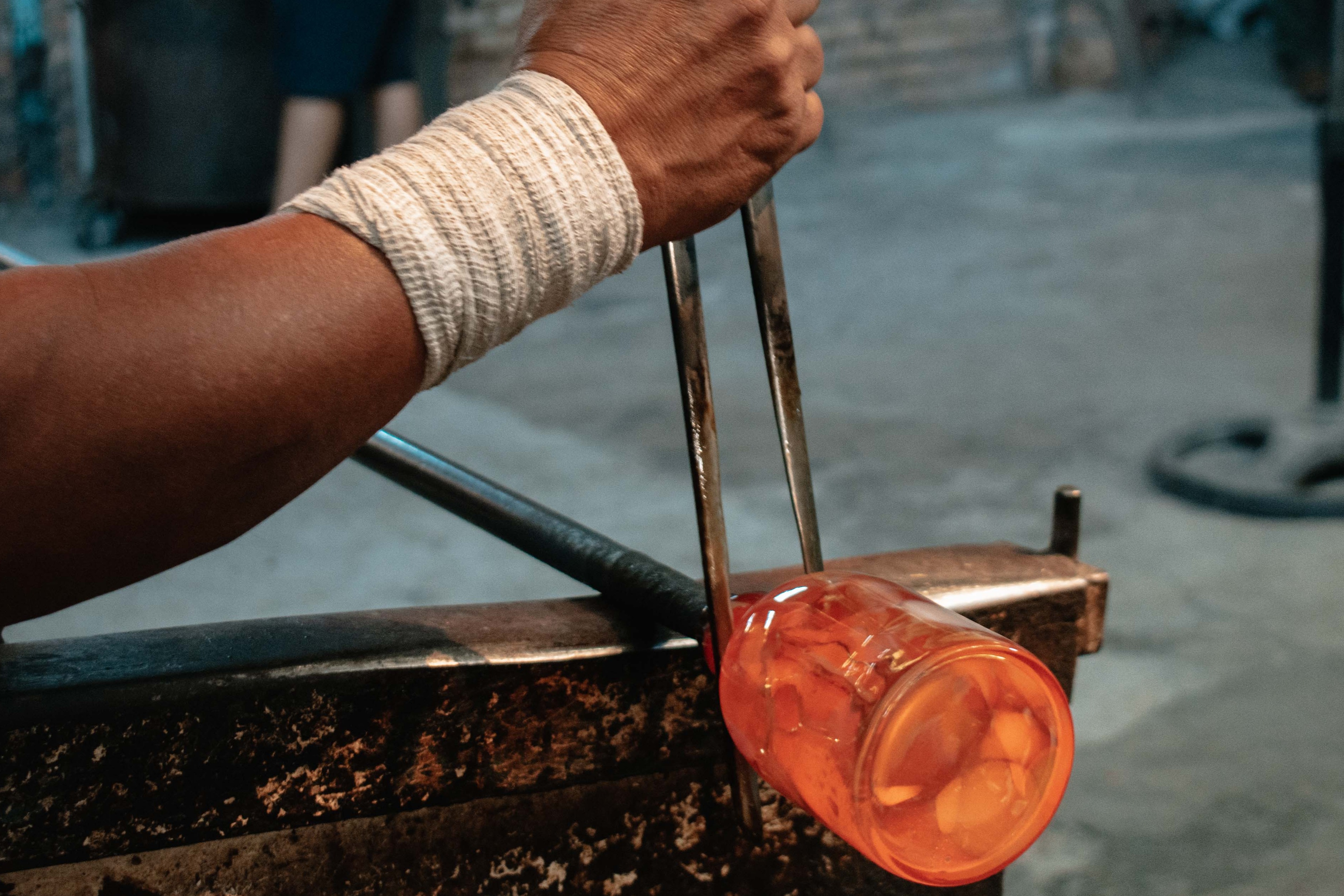 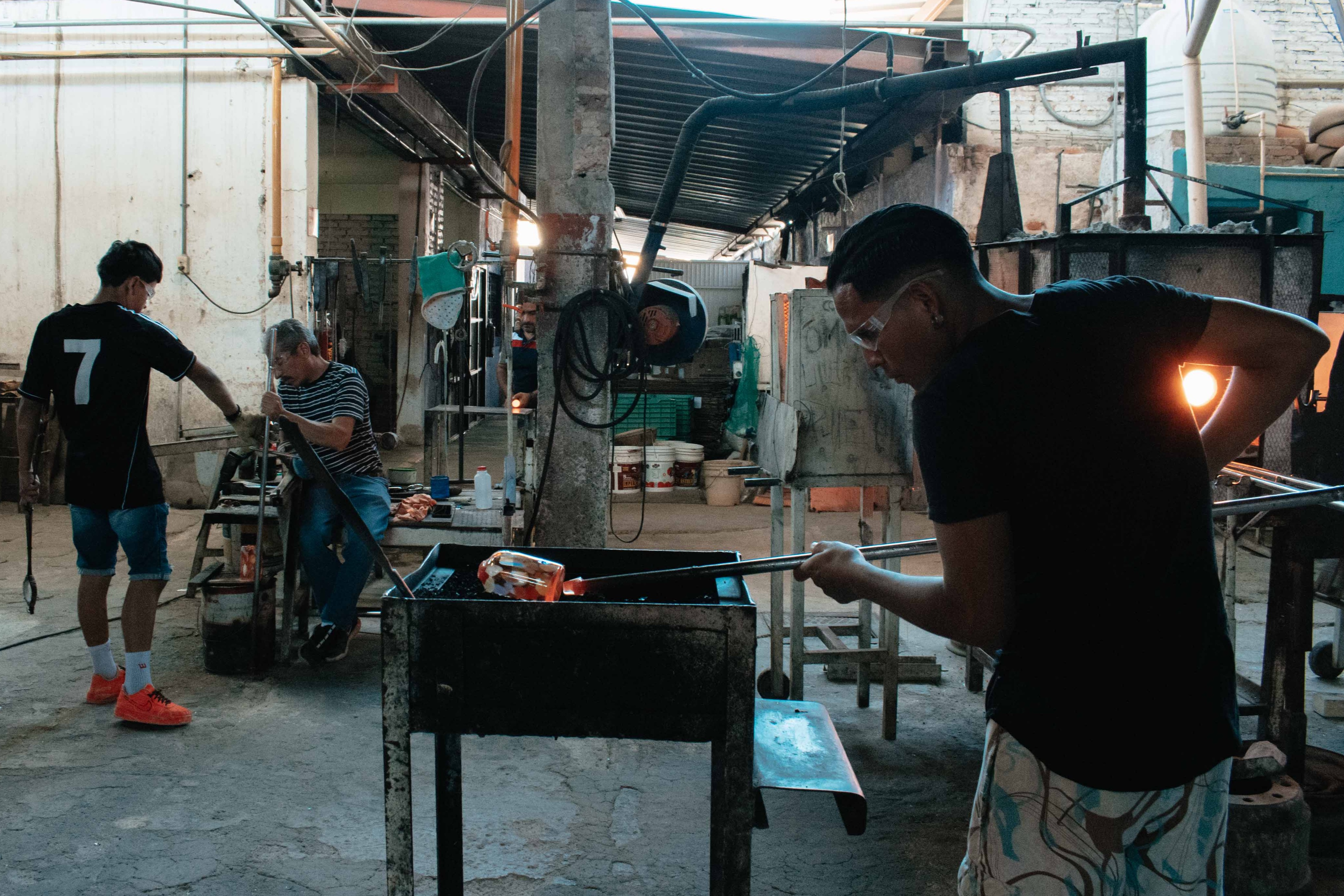 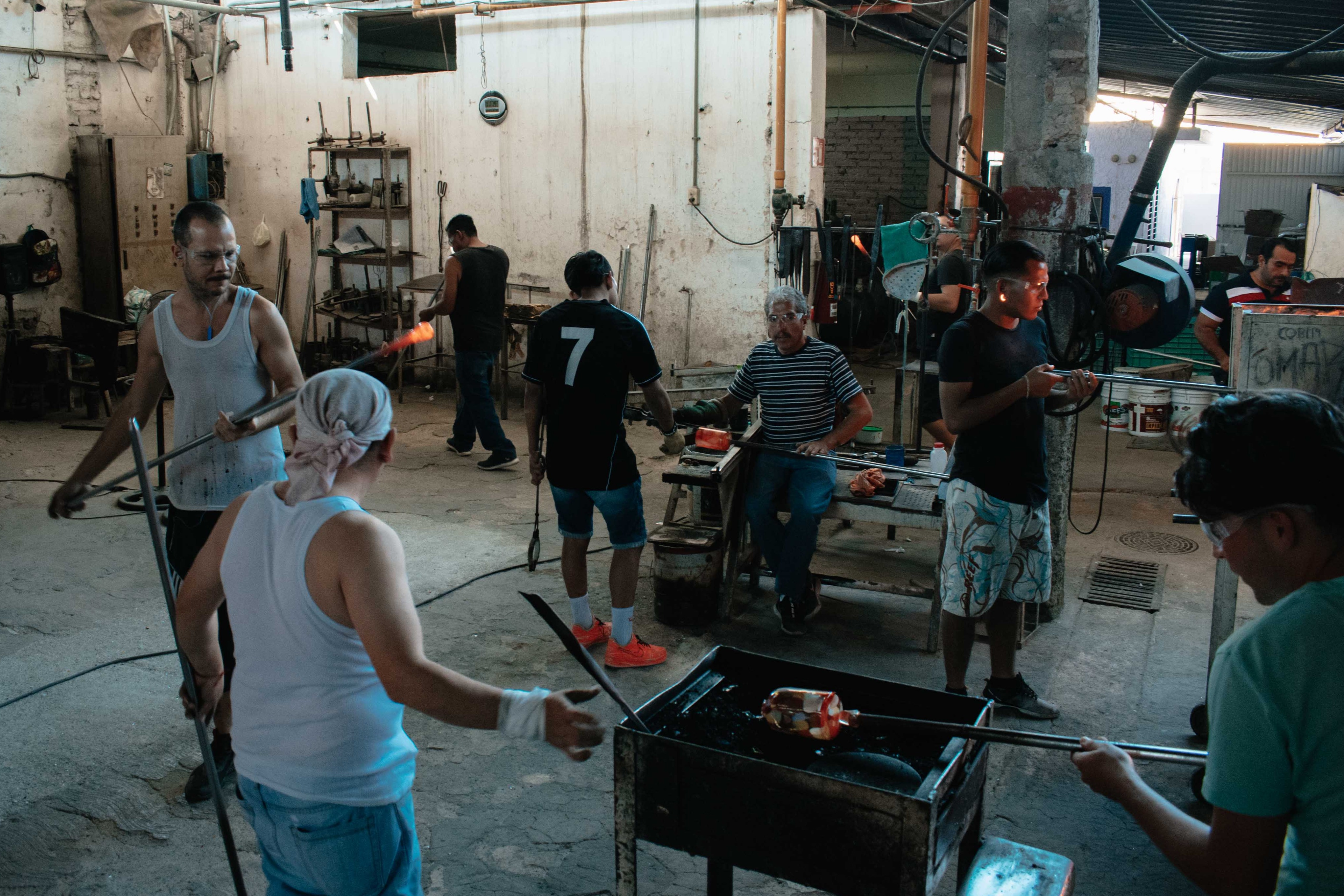 Anyone who creates art takes pride in their work and the joy it brings others. When we asked Enrique what brings him joy, he said “It brings me joy when my customers buy and wear or tell me that they have seen my products in other parts of the world; I know, for example, that my products are found in countries like Argentina, Chile, Canada, England and Japan. I am glad that my products break boundaries.”

Helping Enrique and his son break down those boundaries and being able to continue sharing their creations with you is what we plan on doing for as long as we can! 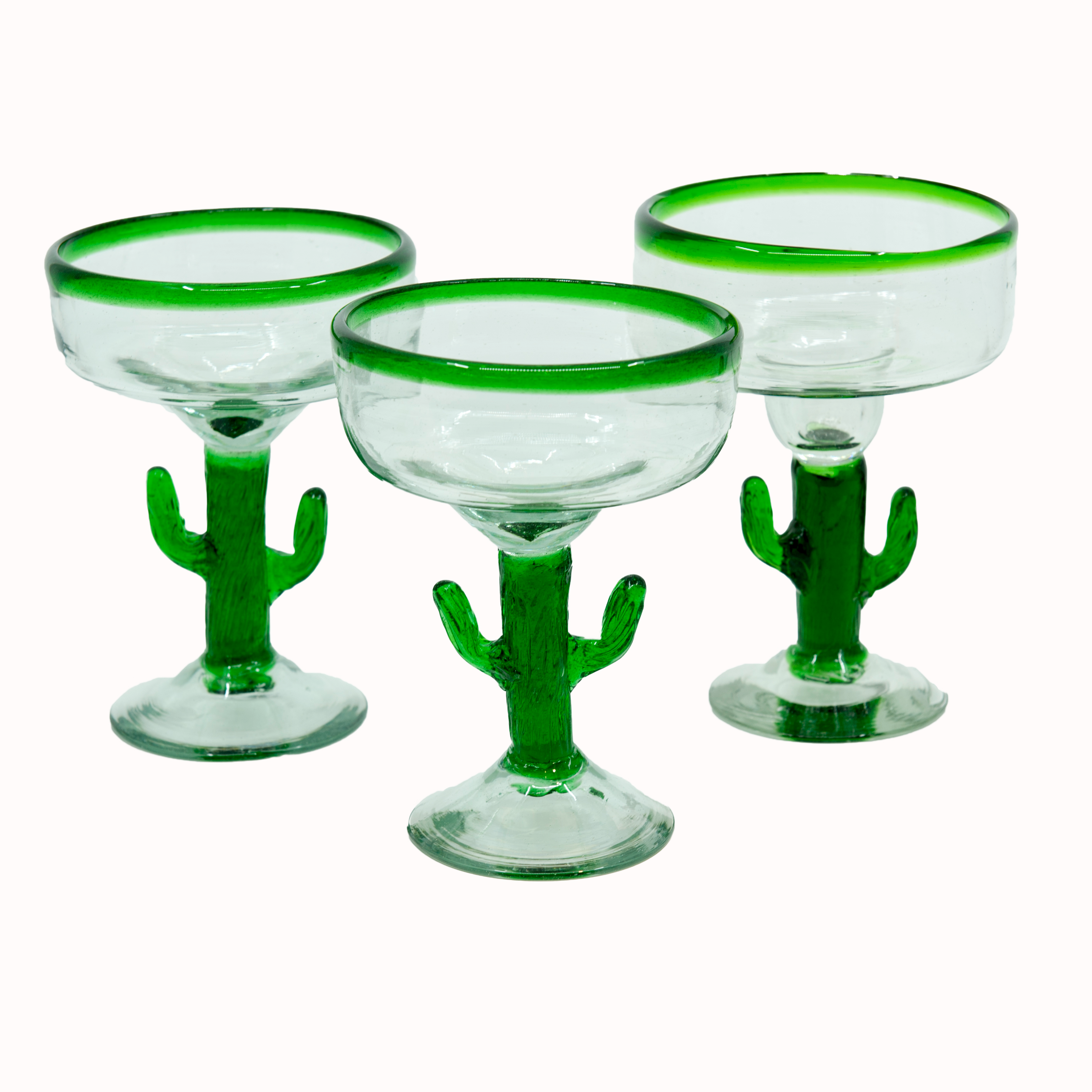 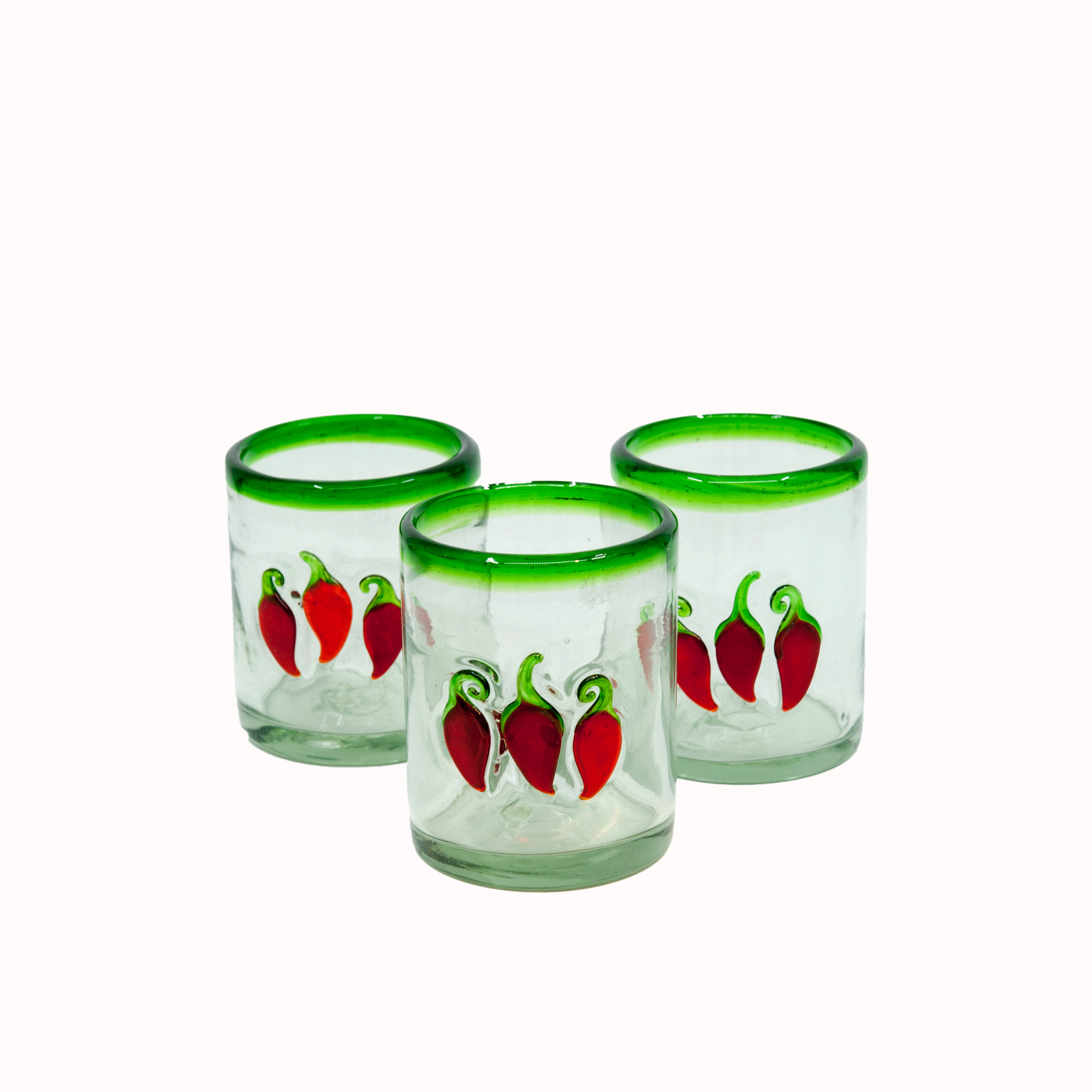 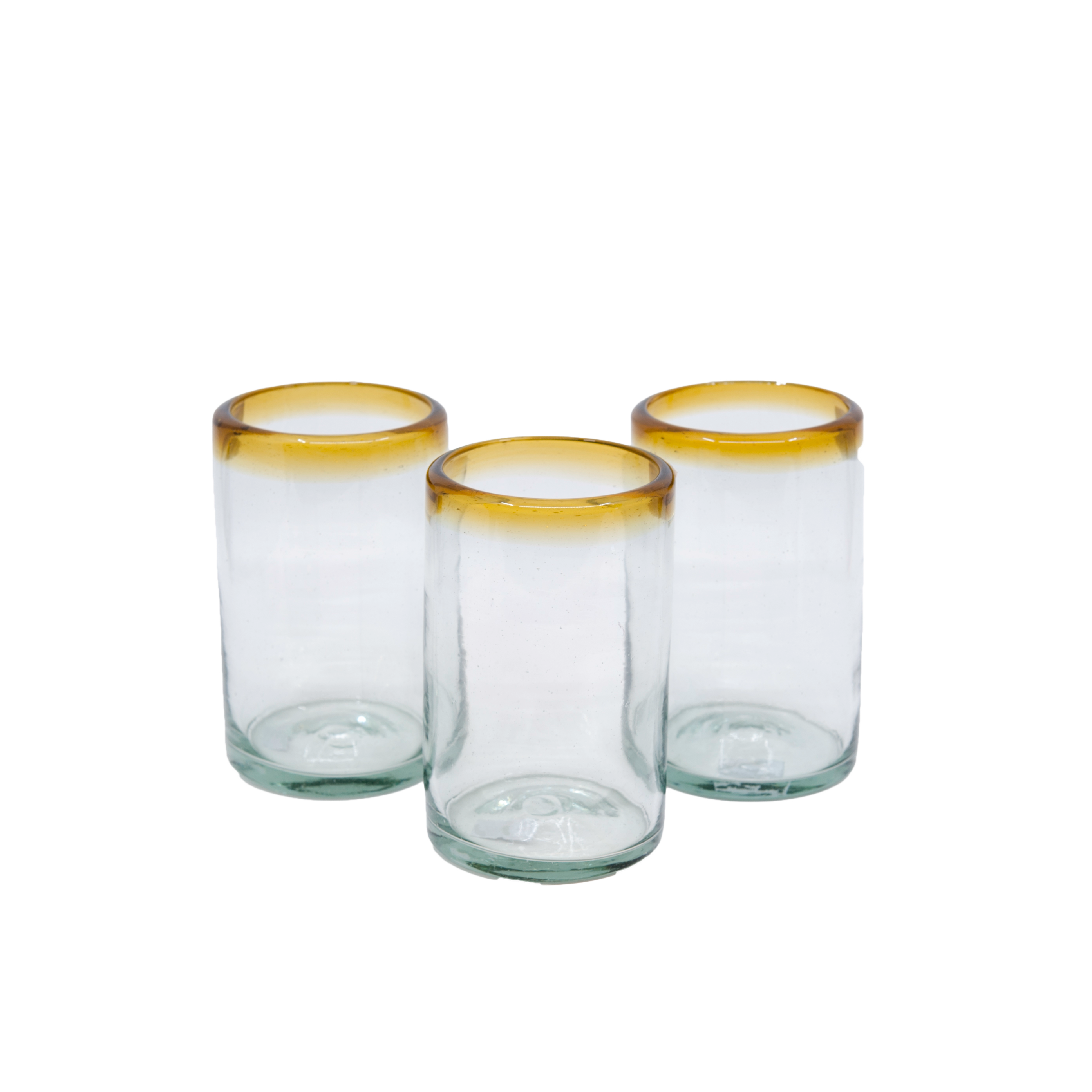 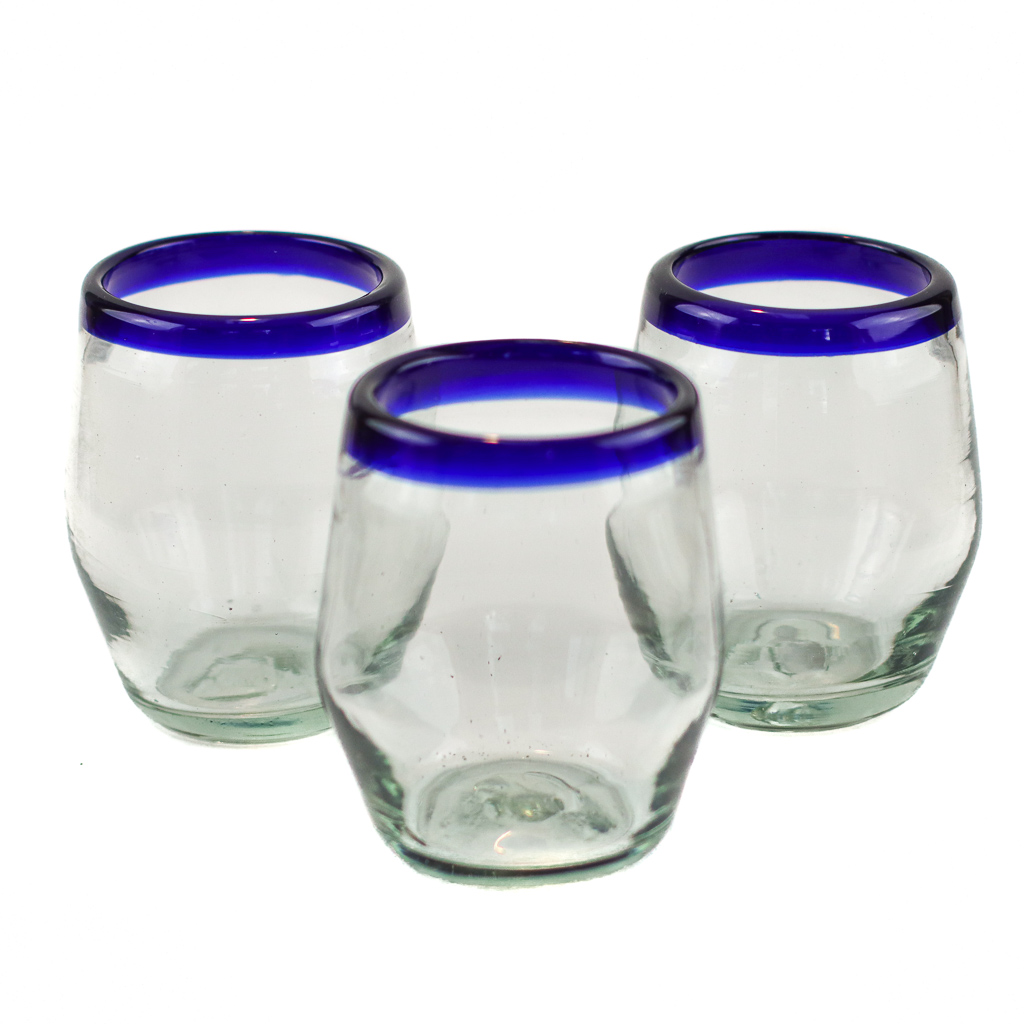