Travel With Us - Marrakech, Morocco

We’ve been to Morocco a few times over the years and every time is an entirely new adventure.

By: One World Bazaar

Known for some of the oldest Bazaars in the Mediterranean Morrocco is a gateway to sub- Saharan Africa. Today we explore ‘The Red City’ otherwise known as the fourth largest city in the kingdom of Morocco; Marrakesh. Named for the red city walls and buildings constructed from red sandstone.

The city grew over the centuries and established itself as a cultural, religious, and trading centre for the Arab Maghreb, (northwest Africa,) an area covering over six million square kilometres and sub-Saharan Africa. As a major economic centre for this region and a hub for many tourists, it is one of the busiest cities in all of Africa. From medieval times until the beginning of the 20th century the entire country of Morocco was known as the “Kingdom of Marrakesh ruled by the imperial Berber Muslim Almoravid dynasty. 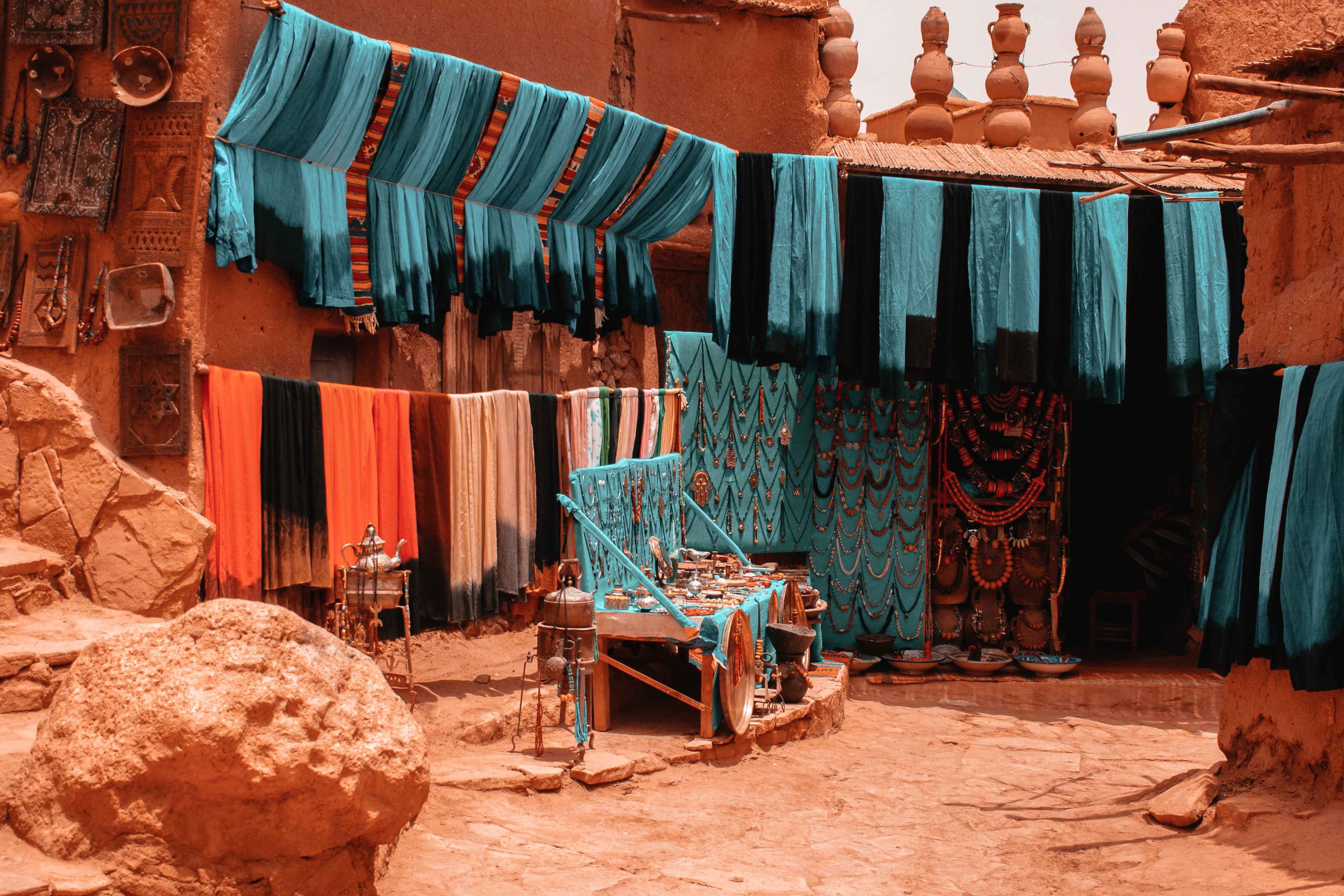 Being close to the equator the city of almost a million is known for being hot and semi-arid hence the abundance of camels for transport and frequent dust storms. In the hills to the south snow is seen during the wet winter months but not likely in the desert surrounding the city.  A city with many travellers from all over Africa the makeup of the cities inhabitants is culturally rich with influences from the medieval Berber, Arabs, and other often nomadic cultures from the sub-Saharan who've settled in the city making for a mix in the traditions and cultural practices. 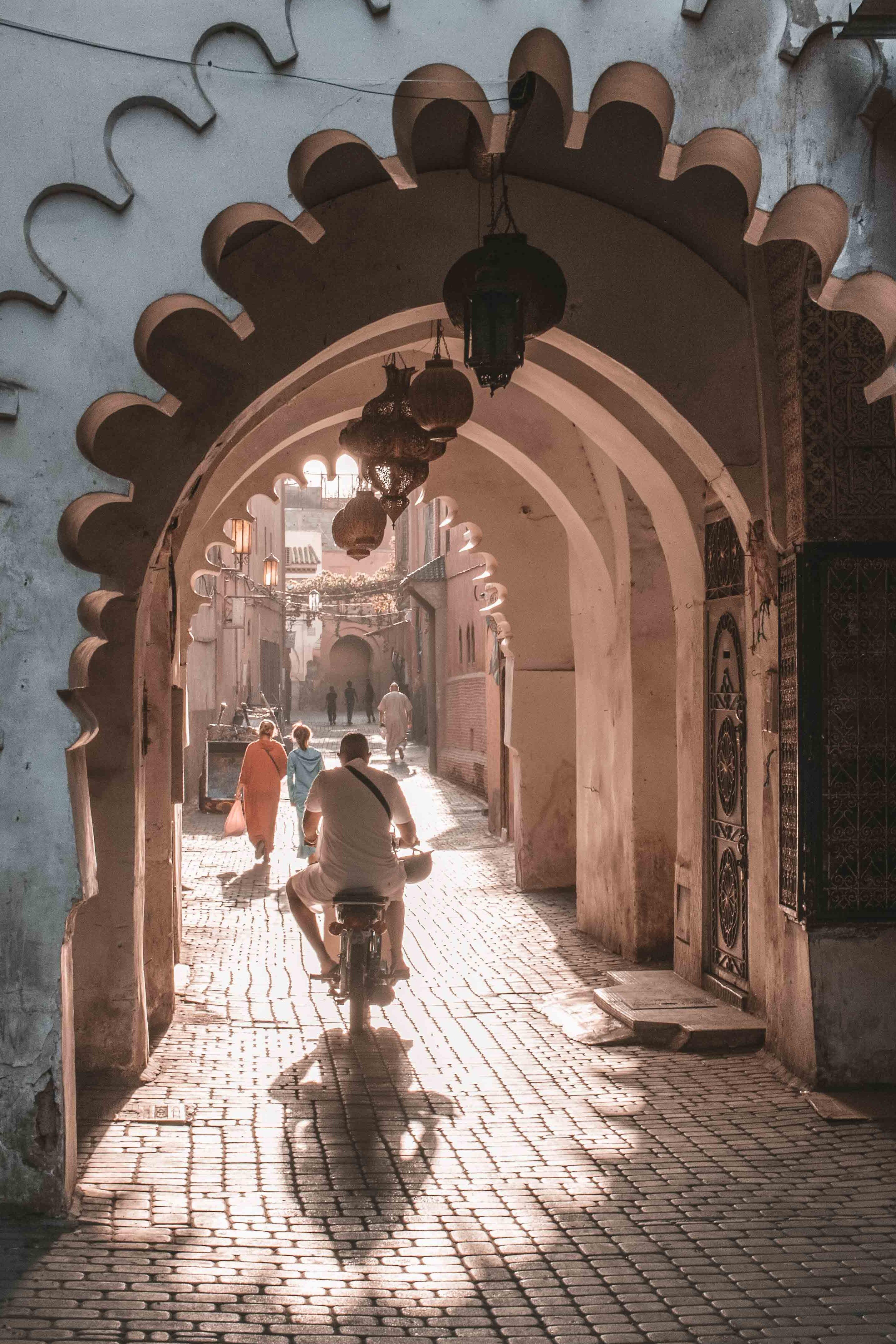 You can start your day with the national drink of sweet mint tea which will be offered frequently as you visit the various merchants and tourist destinations around the city. The artisans and trade and craftspeople are recognized as some of the best in the world at what they do. From ‘Berber’ carpets, textiles, leather bags, lanterns, pottery, and traditional lightweight attire to deal with the desert heat an estimated 30,000 craftspeople are working out of the souks of Marrakech.  Discover their stalls in the largest traditional market in Morocco populated with many of these shops ‘souks’ a permanently enclosed marketplace or street where goods and services are exchanged and sold. 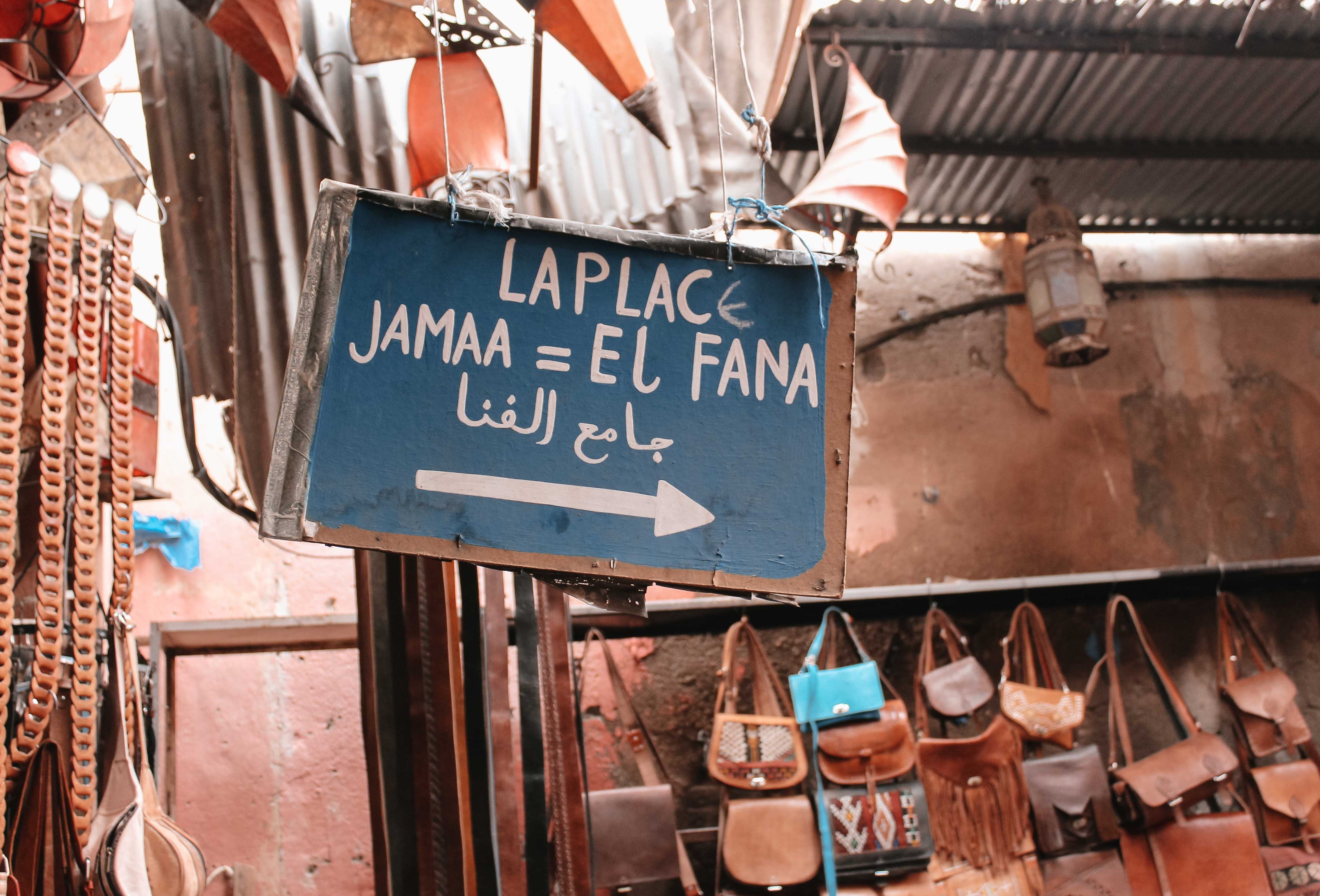 At night, Jemaa el-Fna square teems with snake charmers, folk dancers, and street food vendors serving all manner of food. Bahia Palace and Le Jardin Secret are 19th-century complexes open to the public, with ornate courtyards, mosaics, and gardens. The Moroccan women among these souks are known as Maalems and are often the makers of the rugs and shawls that are so popular among tourists.

Perhaps you are looking for wood crafts made from cedar and famously includes intricate heavy doors and panels that are the subject of many photos around the city. Or maybe metalwork is more suitable to your style in which you’ll find lamps, lanterns, and candle holders made of fine brass or iron. The tradespeople of Marrakesh talents know no bounds!  As you wind your way through the cobblestone lanes and maze-like alleyways of Medina, the original fortified citadel of Marrakech, you will discover entire neighbourhoods, historic areas, Hamman bathhouses, textile souks, spice shops, and places to eat. Don’t worry about getting lost the friendly residents will be happy to point you back in the right direction but may even invite you in for more sweet mint tea! 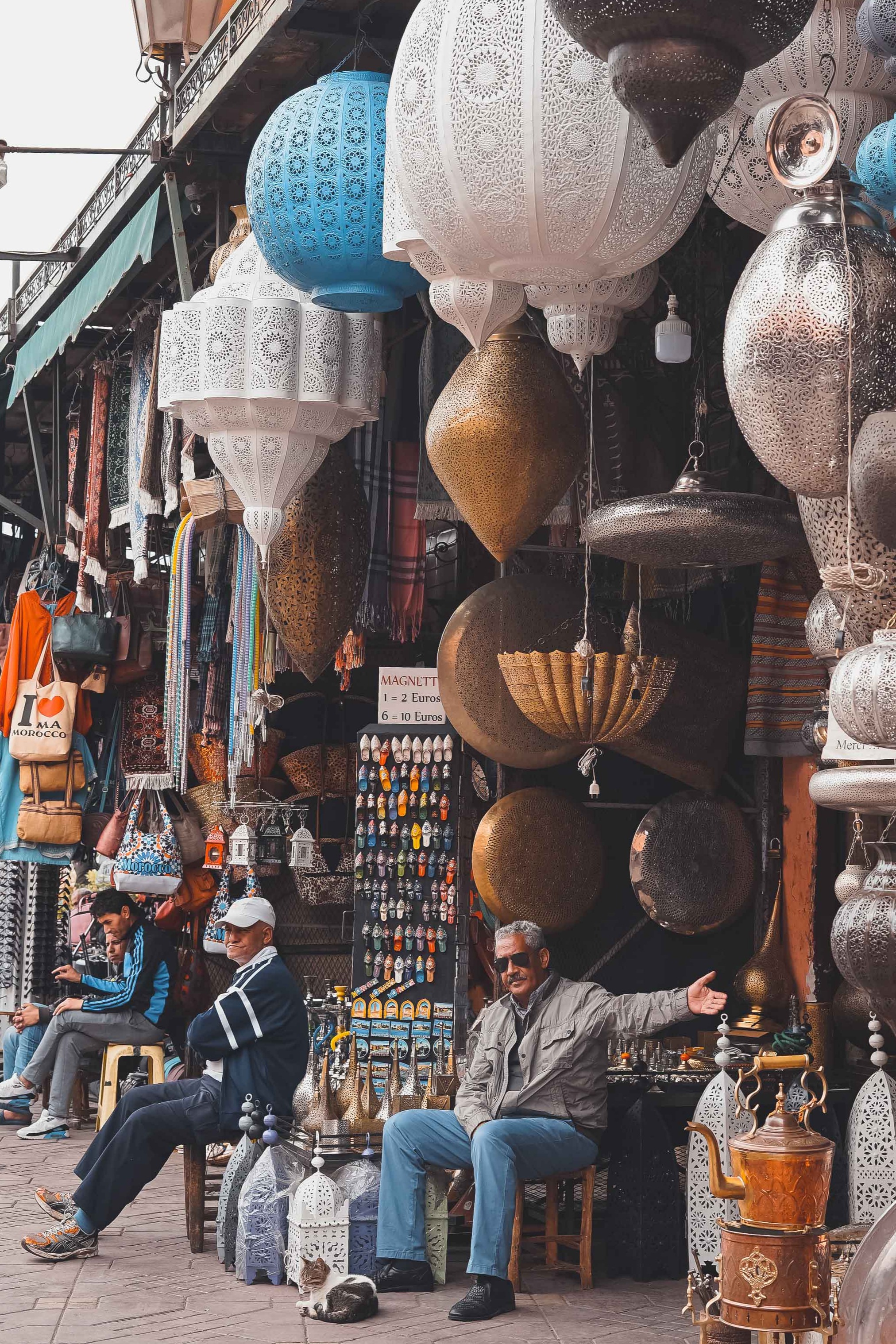 Marrakesh is rich in culture through its beautiful architecture, cuisine, and welcoming people. This is all portrayed through language, religion, music, crafts, and traditions throughout the world as one of the most exotic places to visit even to this day remain un-influenced by the outside world.

After a camel ride, copious amounts of tea, maybe a new Berber rug to bring home, you’ll be ready for home but with a trip not quickly forgotten. 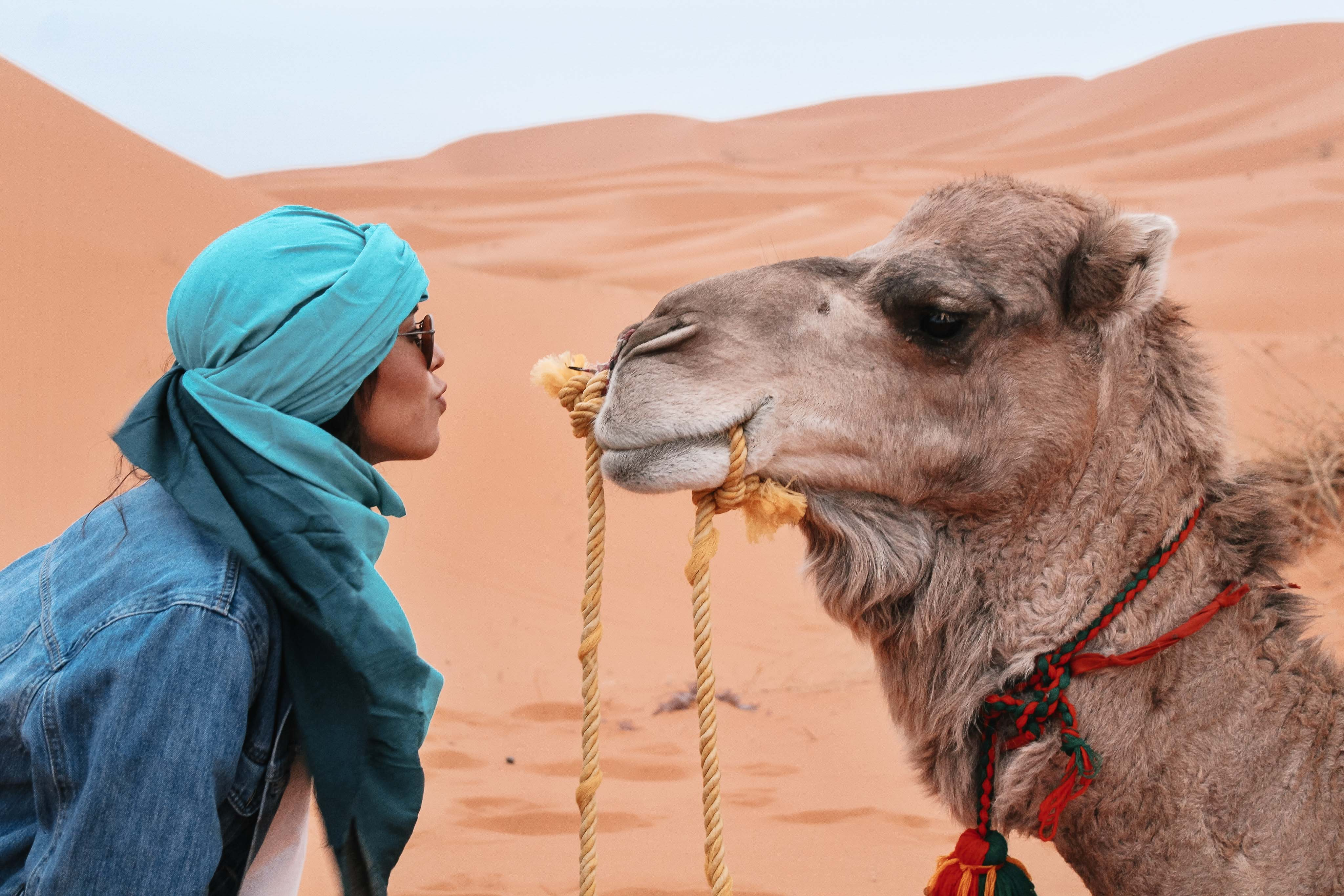